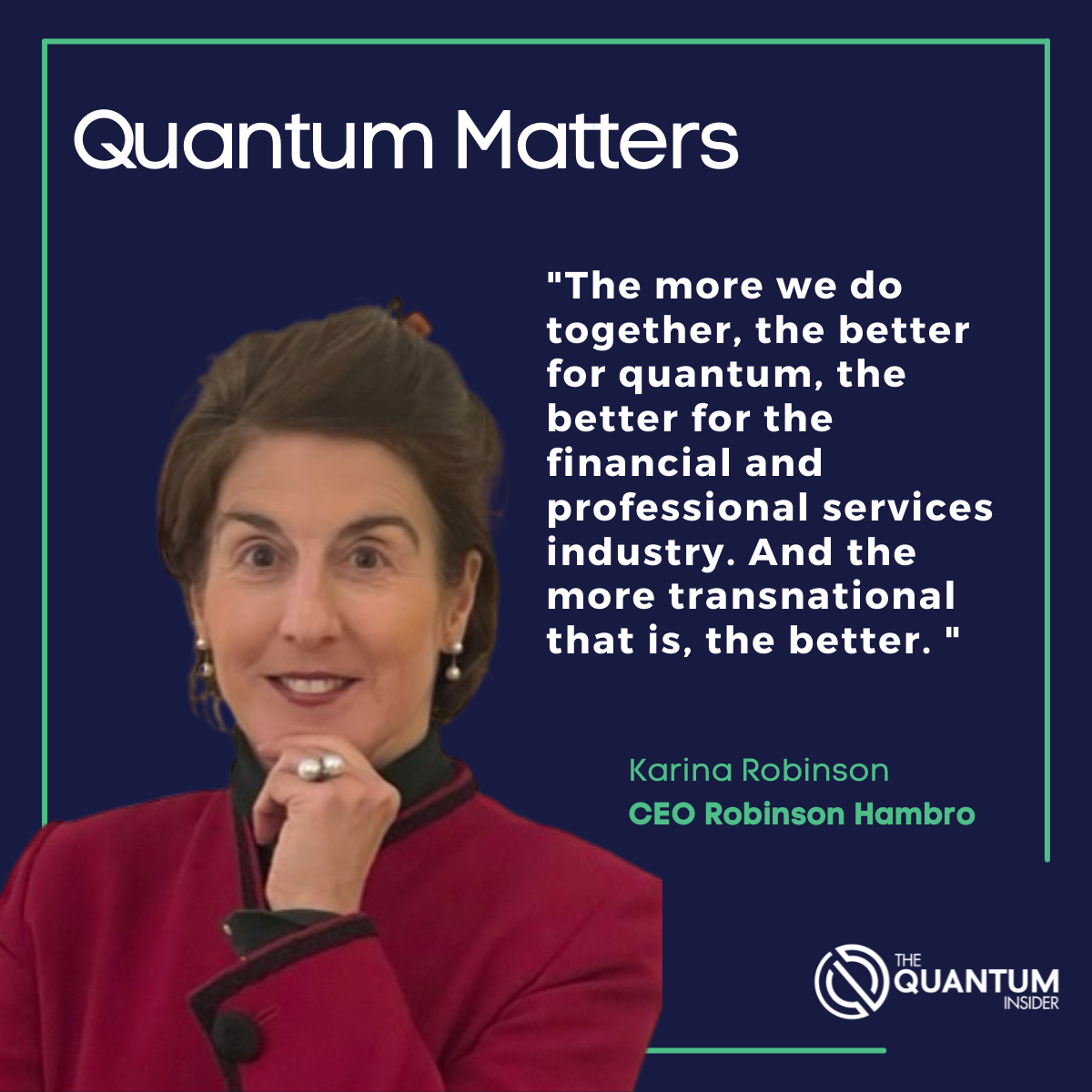 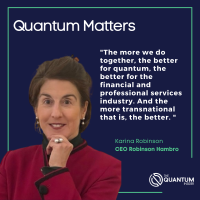 This is an abbreviated version of my opening remarks to The City Quantum Summit, which took place at the Mansion House on October 11. A recording of the event is available here.

Thank you to all who have come in person – and virtually, from India to Bulgaria to Nigeria – for joining The City Quantum Summit. And thank you above all to our sponsors, who allow this Summit to be free, so all students can join, and Diversity & Inclusion can be central to it.

We are celebrating the summit in the Mansion House, the palatial home of the Lord Mayor of the City of London, to bring together the financial and quantum sectors and thus leverage the heady advances we have seen in quantum over the last year.

However, quantum has limits. As you will all be aware, we in the UK have had a few issues with recent government announcements and policy, a plummeting pound, mortgage withdrawals, borrowing cost rises. In fact, Chancellor Kwasi Kwarteng rang me this morning. Karina, he said. Can a quantum computer solve these issues?

Sadly, not yet. But what can quantum do? It can help deal with a world of increasing complexity, geopolitical divisions, and environmental harm.

We don’t have a state of the art quantum computer today. But what we do have is different versions of a basic quantum computer – with a raft of improvements being announced every day – and advances in quantum software. That software can often be used on classical computers. Not just quantum ones. And participants should not let the perfect be the enemy of the good.

I won’t anticipate the panel discussions, but we are seeing developments in at least three areas of interest.

+the formation of new medicines, where you can create a ‘digital twin’ of a human body to conduct virtual drug trials.

+supply chain issues. A boring topic, till the pandemic and Ukraine brought it all home. For instance, optimising a supply chain, so that cargo ships are fully filled with the right containers and don’t sit around the Port of LA for weeks on end. Not sexy, but with an incredible effect on the bottom line of the companies involved, and on the carbon footprint of humankind.

Why are we here? The City, and the quantum sector together, can create the economic growth that governments in the UK, the US, and Europe, and other countries, are looking for. How?

Communication.The quantum sector needs to communicate better with the financial sector, and the wider world. The City Quantum Summit is one of the foundations of that.

Collaboration. The more we do together, the better for quantum, the better for the financial and professional services industry. And the more transnational that is, the better. I note the UK and the US Technology Partnership, announced last year, and which will hopefully include other countries, was just updated last week. In the words of Jay Lowell of Boeing: “The economy of ideas does not follow geopolitical borders.”

Immigration. We need to get real on this. We – and I mean ALL the industries represented here, don’t just need quantum PhDs, we need marketing people, we need HR, we need PR. In the FT yesterday, President Obama’s Chair of the US Council of Economic Advisers, Jason Furman, noted that immigration is so much more important than any other measure to increase productivity.

In the last three weeks, we’ve seen the Nobel Prize for Physics given to three pioneers of the quantum industry.

We’ve seen the European Commission announce six sites where quantum computers will be located in the EU.

We’ve seen the creation of UKQuantum, a consortium to accelerate UK innovation.

That is just three announcements in the sector. Even more important is the increase in defence budgets on the back of our uncertain world. Money matters. As we saw from the Apollo Space Mission, defence spending can be a propulsor of amazing innovation for civilian use. In fact, space missions brought us CAT scans, water purification systems, and even Baby Formula!

There is, as The Quantum Insider puts it, a fundamental discrepancy between the rapid advances in quantum technology and the adoption by commercial customers. But today, you are going to here from those who are adopting it. Those like Bosch, Standard Chartered, and Boeing, who are going to have a quantum advantage in competing in our disrupted world.

US General Eric Shinseki had a great phrase: “If you don’t like change, you’re going to like irrelevance even less.”

Let’s get on with being relevant. Thank you. 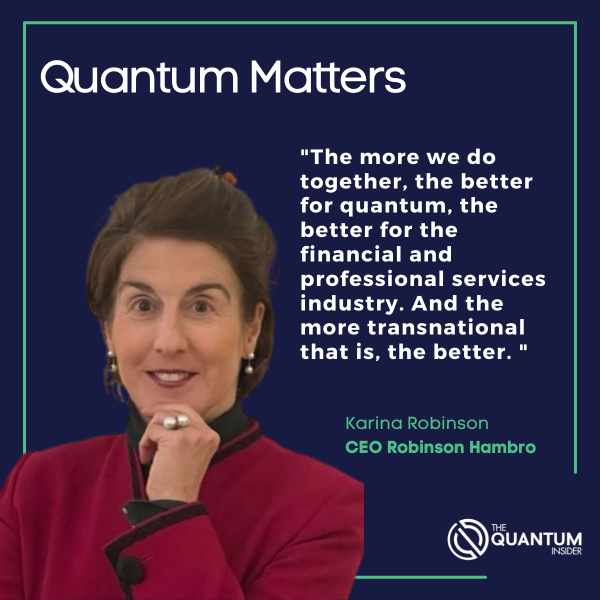