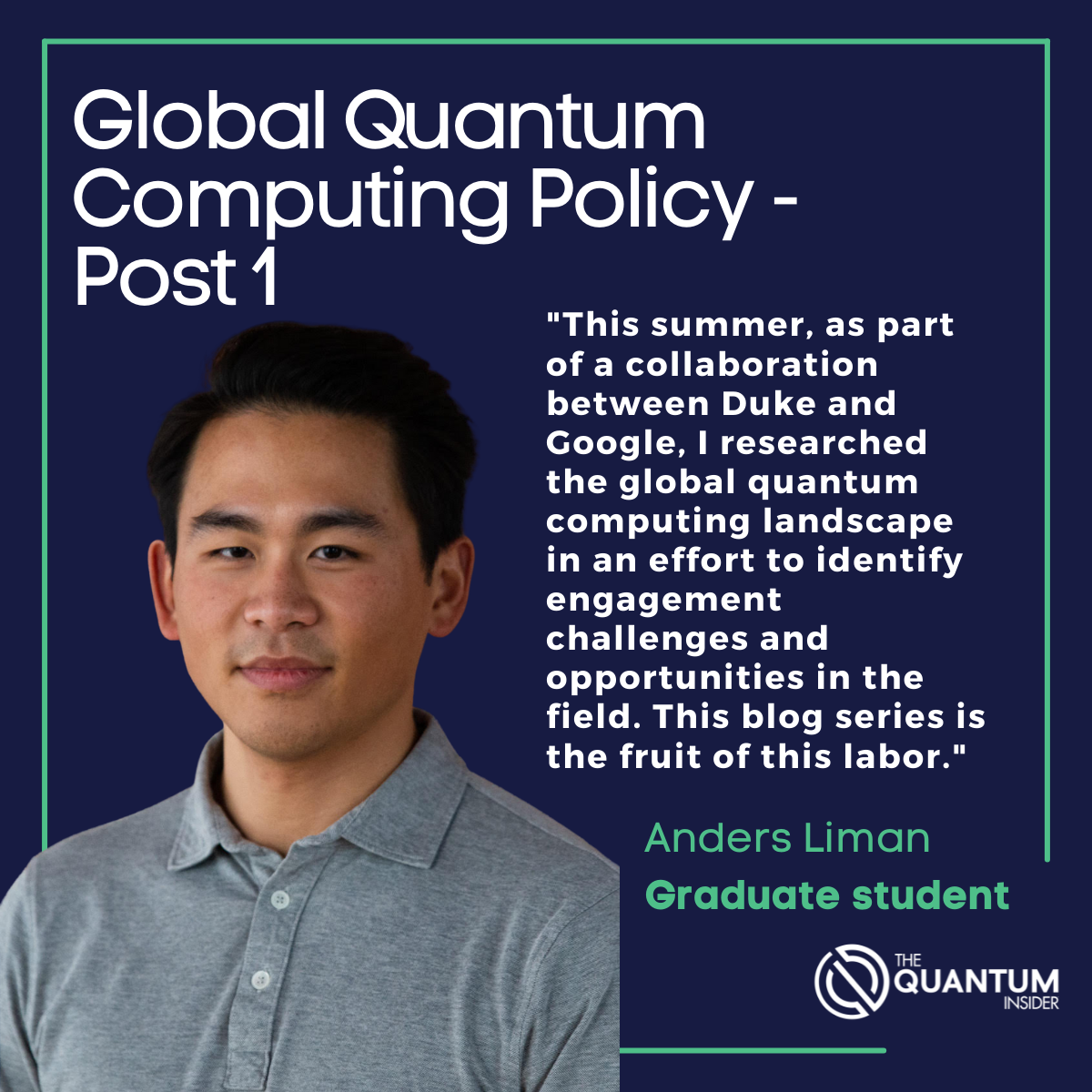 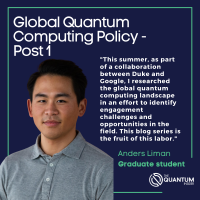 Quantum Computing (QC) represents a fundamental and profound paradigm shift. In QC, the fundamental unit of information is the quantum bit (qubit), analogous to the bit in classical computing. Unlike a classical bit which has two states—0 and 1, however, a qubit can take the state of 0, 1, or any linear combination (superposition) thereof. This unique property of the qubit (along with other quantum properties) allows for new computing possibilities absent in classical computing. (Here’s a video of a Google scientist answering some basic questions about quantum computing; and here’s a video of an IBM scientist explaining quantum computing at five different levels.)

Despite being a relatively young field, QC presents tremendous promise. It is predicted to be useful for applications from accelerated machine learning, to discovery of new materials, to design of fusion energy systems. However, it also poses some potential threats. Many believe QC could exacerbate the digital divide; it is also predicted to break existing encryption, thereby threatening cybersecurity; and it could lead to other potentially harmful applications. In its current state, QC faces the Collingridge dilemma, that is: a) impacts cannot be easily predicted until the technology is extensively developed and widely used; b) control or change is difficult when the technology has become entrenched.

This blog series aims to provide a concise yet relatively comprehensive overview of the engagement landscape in QC. It begins by briefly surveying notable national (and supra-/international) QC initiatives and prominent stakeholders in corresponding regions. It then analyzes common motivations driving various QC stakeholders. Finally, it identifies challenges and opportunities in the field, and argues for an appropriate framing of QC.

Many attribute the conception of QC to the works of physicists Richard Feynman (Caltech), Paul Benioff (Argonne) and David Deutsch (Oxford) in the 1980s, though relevant work goes as far back as the late 1960s, like that of American-Israeli physicist Stephen Wiesner. However, much of early QC research was insulated in academic universities and research labs, and thus relatively unknown to the public. Since the first working 2-qubit QC systems developed by researchers at NIST, Caltech, Oxford, IBM, Berkeley, and MIT in the late 1990s, the field has grown rapidly and garnered more attention outside of academia.

Somewhat recently, the private sector has become more involved with (and in some cases led) QC R&D efforts around the world. Research-focused divisions of large corporations have and continue to make significant contributions to fundamental science research in the field (e.g., Google Research, IBM Research, Microsoft Research). In addition, the private sector tends to emphasize the development and commercialization of the technology. This is evident in both the fast-growing QC startup landscape and the gradual shift to commercial focus in some large corporations.

Over the past decade, governments around the world have announced lucrative initiatives and investments to facilitate and accelerate R&D efforts in QC and other Quantum Information Science (QIS) technologies. In 2014, the United Kingdom announced the National Quantum Technology Programme (NQTP) amounting to GBP 1b in public and private investments in Quantum Technologies (QT). In 2018, the United States announced the National Quantum Initiative (NQI) Act with more than USD 1.2b in funding to facilitate QIS R&D efforts. In the same year, the European Union (EU) launched the EUR 1b Quantum Flagship initiative also focusing on QIS technologies. More recently, Germany (EUR 2b) and France (EUR 1.8b) announced two of the largest investments to date. Notably, Germany’s investment is focused only on QC and its applications, not other QIS technologies. Smaller countries like Singapore (SGD 121.6m, 2018), Israel (ILS 1.25b, 2018), and the Netherlands (EUR 615m, 2021) also launched their own versions of quantum-related initiatives. Other countries have made targeted investments in QT and developed (or are developing) national strategies to stipulate specific approaches (e.g., Australia, Canada).

It is clear that the dynamics between industry, academic, and government players is a key component of effective QC R&D. However, these dynamics vary widely in kind and in degree around the world. Some countries have robust industry support (e.g., Germany, Japan); some countries have strong academic leadership (e.g., Australia, Canada). Some countries take a multi-sector but distinctive approach (e.g., United States); some countries’ approaches are less distinguishable across sectors (e.g., China, Russia). The differences in cross-sector dynamics are affected by many factors such as governmental structures, historical developments, and cultural characteristics. These components, while important, are not targeted to QC R&D. As such, they require further analyses outside of the scope of this report. There are, however, various motivations that drive QC R&D efforts. Understanding these different motivations and their levels of emphasis around the world is integral to identifying challenges and opportunities in QC policy. 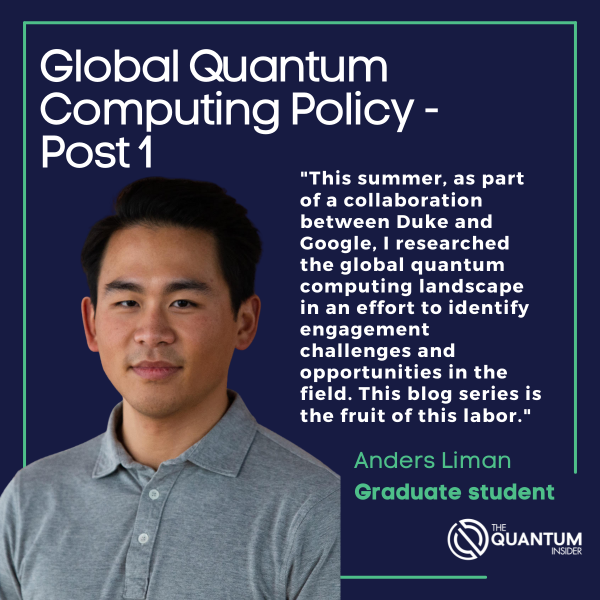