Today, most quantum software is written at the gate level, performed by specifying the interconnection between qubits and quantum gates.

But as quantum computers become more powerful and complex – reaching 100’s or 1000’s of qubits very soon – it will become nearly impossible to write valuable and sophisticated quantum code this way.

Here are seven examples of why this is the case:

This evolution mirrors what we have seen in other industries. Very few people write assembly-language code for high-end CPUs, and even fewer build manual ‘netlist’ files for electronic circuits. The process of climbing up the abstraction stack is common and probably unavoidable in many cases, including quantum computing.

So the choice is yours: continue to work at the gate level, or start adopting the platforms and skills that allow you to code that for larger computers as well. 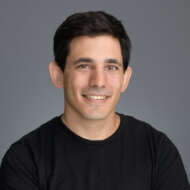