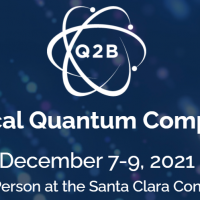 As every start-up founder knows, the first law of conferences is that most of their day is spent in meetings outside them. So, this is mostly gathered impressions from others of Q2B day three.

Talk of the town was Quantinuum – the new entity built from Honeywell Quantum solutions and Cambridge Quantum Computing. Ilyas Khan (CEO) and Tony Uttley (President and COO) took the stage to tell us more about the vision for the new 400 people-strong US/UK company.

The vision was about leading and enabling the community to growth, being hardware agnostic and also providing the tools to help deliver the promise of quantum computing. It was a polished presentation to deliver an inspiring vision. Who could want more?  Actually, the range of products and activities seemed almost overwhelming.

Unfortunately, as the first law kicked in, I missed several talks including the intriguingly titled: ‘Ten things to know about Quantum computing on AWS, the 2021 edition’. Following the IBM presentation, I heard that there was a robust Q&A about the performance of the new Eagle processor. While the fidelities of the new processor might not be perfect today, there is a belief – as has happened with other IBM products – that performance will improve.

I was back for Peter Chapman, President and CEO of IonQ, announcing its new Barium ion platform. Barium emits visible photons, which apparently sets up the company plans for scaling up via photonic interconnects. This is in contrast to Quantinuum’s approach that moves the ions around the chip. Intriguing. The question of which will work best is, of course, a matter for speculation, opinion and debate.

Over lunch I learnt the rules of Quantum Chess- a game created at Caltech and played out in the annual Q2B chess tournament. It plays the same as traditional chess, but with the ability to create ‘superposition’ moves. You can probably guess how that works: each player can ‘split’ their move, creating a superposition. When two pieces collide – you guessed it – a measurement is made, the probabilities calculated, and the outcome made known.

Returning from lunch I watched a series of talks from those seeking higher truths. Peter Shadbolt from PsiQuantum with a well-argued case for nothing but error correction being good enough (the claim: the resources to initiate a VQE algorithm on a real problem is something like 10^9 operations), and then Joe Fitzsimons from Horizon making the case that quantum computers are computers (and definitely not co-processors).

Finally, I broke my conference rule of not talking to people I already know by sharing a beer with Matt Hutchings from SeeQC and then on to see a demo of Orquestra: the new, more user-friendly, GUI-aided development environment/platform from Zapata.

So final thoughts for the day?  It is clear that the quantum community gathered here care a lot about hardware, with many small nuances and developments picked out. Despite the frequent mention that software improves the situation- the chat amongst the lunch tables was very much about the performance and timing of emerging hardware.

Stats of the day:

Awkward moment of the day: Exit music being played over the end of John Preskill’s ‘extended’ Q&A. A quick restore of the scheduling and a reminder that this is very much not an academic conference!

Richard Murray is CEO and co-founder ORCA computing and co-chair of UKQuantum: the voice of the UK quantum industry 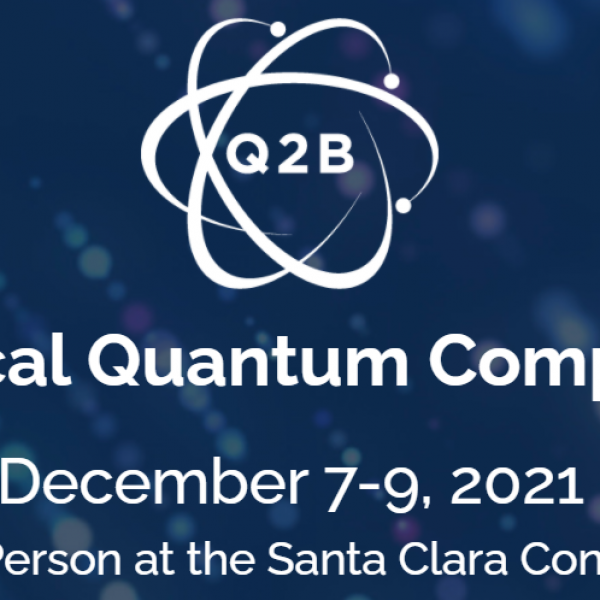