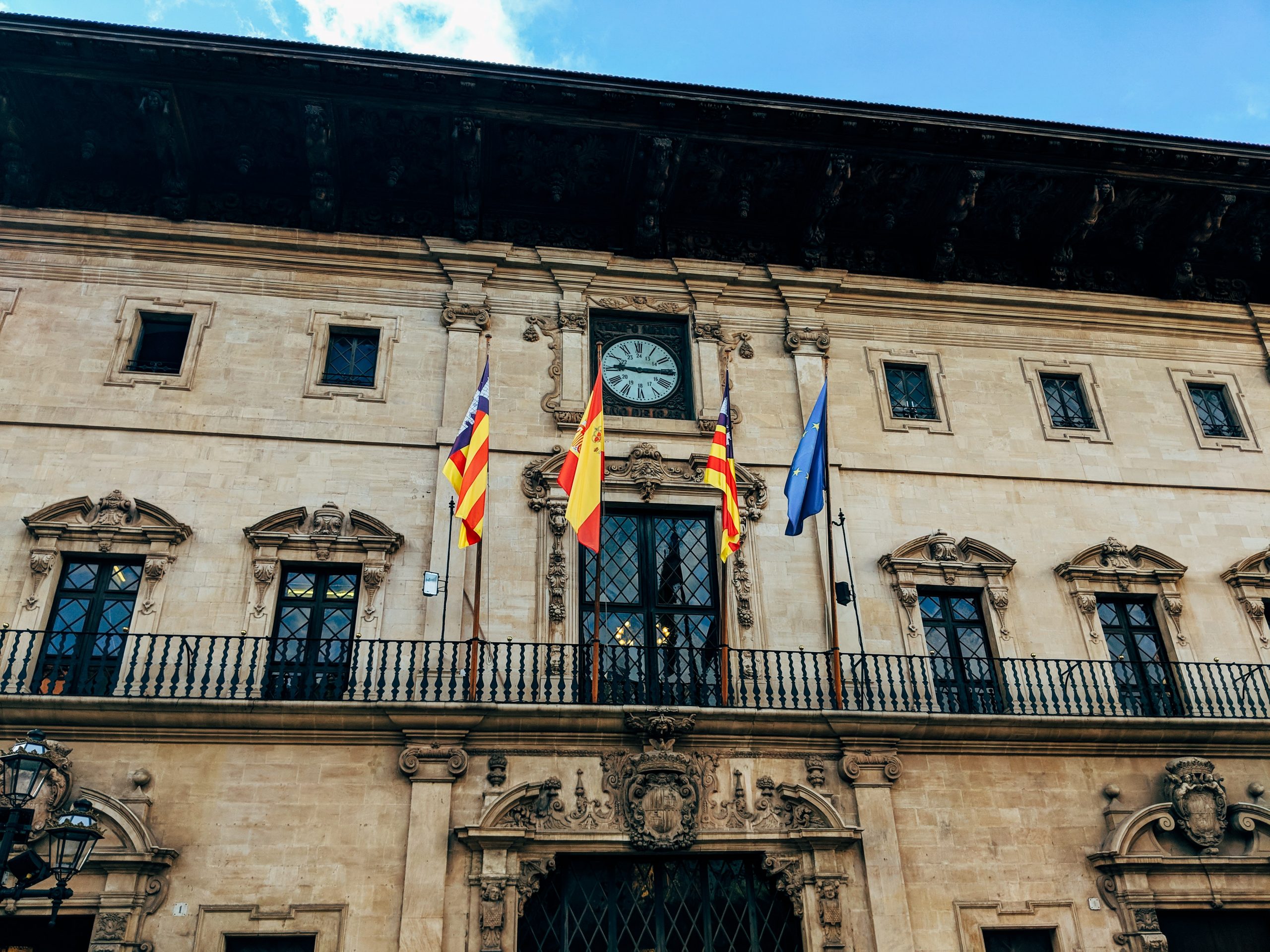 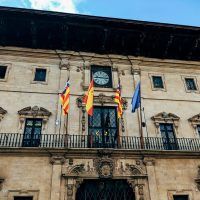 Quantum communication, quantum sensing & metrology, quantum computation, Quantum Simulations & Basic Quantum Science development. Through short & long term applications of these Q-empowered fields, quantum technology is promised to act as an enabler for competitiveness in a wild, wild world. The deployment of such an adventure faces the usual caveats of faraonic missions / assignments: firstly, survive the swings of political winds and second, maintain momentum and relevance in a decades-long shot to keep the fuel (capital) the efforts (policy) and the talent (I+D) building the pyramid.

As industry alignment within the Quantum tech industry becomes a reality, the challenge of growing the Quantum muscle reveals itself as a needed collective effort. The people have to buy it, politicians have to see added-value for election campaigns in this adventure. The alignment in ethical & technical bottlenecks for Quantum deployment have to be agreed upon. The kid’s gonna grow. It needs a consortium and ever-growing money flows. Will EU’s approach to budgeting be up to the challenge? Or should nations themselves take the lead? Spain, with an awakening and proactive Quantum academia, spin-offs and high connectivity assets may have a shot at taking the lead.

For Europe, if a consortium is to be established, it must think of its power as strongly-related to the development of Quantum Literacy and regulation within EU nations. Why?

Compared to US & China’s outlay in Q-tech, the EU has accomplished a 1 billion € investment, to be used over 5 to 10 years through a now most-common instrument for overarching and potentially game-changer technologies: a FET Flagship. After the initial take off, Quantum Tech is contemplated to be included in the EU’s Shaping Digital Europe Commission priority investments in 2022.

During 2020, reality checks and political winds have already arisen. The deployment of the Next Generation EU and the EU Recovery fund due to COVID19 has & will have some implications:

On the one side, it has already switched EU’s funding priorities for the next year and a half: the program Shaping Digital Europe, expected to sustain the FET Flagship’s initial Q-Tech ecosystem, has lowered its initial funding scheme by various millions for 2021 – 2024. Maybe this won’t help to accomplish the 5 to 15 year quantum milestones & deliverables envisioned to grow the Quantic EU.

On the other side, a political turmoil is likely to stand in the way: as the EU Recovery fund incentive scheme returns power back to national governments, it’ll be harder for the EU Commission to invest and dedicate faraonic resources in such an adventure.

It seems like EU Nations may need to take the lead when the moment comes, and develop their own quantum tech ecosystems. Helping the wider Flagship by envisioning their own priorities in research, applications & regulation, and positioning themselves to contribute to EU-wide beneficial quantum infrastructures, like the QCI.

Strategically, Spain’s particular conditions could earn it a leading place in the construction of the EU’s Q-muscle. Let ‘s see why.

Grand strategies for Quantum literacy depend more or less on this 5 focus areas:

The seeds for this Jackson five are already present.

In Spain, there’s academia and there are small to medium size Quantum tech ventures and startups. The academia and the startups are heavily entrenched, being the latter mostly spin-offs of fine-tuned academic research programs in quantum computation and post-quantum encryption.

They are aware of their status as an ecosystem. Academia & incipient industry nodes network heavily and are aware of some of their most basic needs: the need for progress, the need to connect themselves to a wider Quantum International ecosystem (being active within the Q-tech Flagship, partnering with the likes of IBM & Microsoft), the need for alignment (producing ideas and solutions to technical & ethical bottlenecks) and the need to turn their research and public and private investments in marketable applications for survival.

An incipient, aware and more or less purpose-led Quantum ecosystem that shows some nodes asking for leadership in technical, networking and Q-application matters, and that is home to the first World Quantum Association.

An ecosystem that participates, through some of their brilliant startups and without government support in initiatives such as the Quantum Communication infrastructure (QCI), a promising adventure to withhold internal and digital security in the EU’s future to come.

It’s acquired knowledge on grand investments and infrastructure deployment are, too, paramount. Spain relies on international Telecom networks connecting the country with four continents – directly. It has positioned itself as a mooring point for alternate undersea cable routes within the Atlantic and heavy connection within the mediterranean. It lobbied to hold a vibrant industry for digital infrastructure processing and storing data, and is home to one of the EU pillars for supercomputation.

Seeds are in place. Now, where the funding and priorities are?

This summer, Spain’s Digital agenda has been served, on the rocks. In a nutshell, the strategic document “España digital 2025” paves the way for the digital transformation of the country for the next 5 years to come. Economically and socially.

The edges for the digital becoming of a country are many. Within the European & Atlantic environment, the bets rely on talent investment, education on digital literacy, eliminating bottlenecks for digital / online based businesses to thrive, data economy prioritization and heavy investment in technology enablers or drivers of change, such as IT infrastructure, blockchain or Quantum Tech. The ultimate enablers of healthy competitiveness, progress and safety for digital economies in decades to come.

Spain’s agenda, on the other side, has chosen to omit investment strategies in these tech enablers, relegating Spain’s Quantum momentum – and diminishing it’s potential competitive edge – for the next five years. It may stay on hold for long.

Globally, Spain has no mirror where to look at. Heavy investment in tech enablers is not only a thing for big-game players like China and the US, nations that are paramount with the technique of flexible and ever-growing investment in key capabilities. Europe’s triad doesn’t fall short for the next 5 years: with Germany 2.65 b, France 1.4 b and the UK with 1 b. The entire EU is investing itself through the Quantum FET Flagship – 1b – and more nuanced approaches like those of Netherlands 140 m, or infamous Smart Nation’s Singapore with 25 m can be seen along the gallery.

Countries who want a shot at the future have strategically foresighted those technologies that would help them cross the leap once our internet and our computing capacities are drowned out, and our security compromised. Why not Spain? Let’s see.

Spain’s 2025 Digital Agenda is rather pragmatic. It takes up the baton from 2013’s first agenda unfulfilled promises – relating digital transformation for SMEs and digital workforce upskilling – and focuses investment priorities and strategic alliances on its most deployed digital assets – connectivity infrastructure and 5G. No room for newbies.

The picture makes a lot of sense. Take it from here: Spain’s grand challenge mimics the European Union’s “A green, sustainable digital economy”. And we’ve, Europeans, have successfully identified that the bottlenecks for a digital economy to spearhead its way into the future are four: to reach a common denominator of digitization in our public administrations, to enhance digitization in our economic fabric (SMEs), to foster digital literacy (upskilling & education) and to provide fuel via investing in IT and deep tech enablers for long-term competitiveness. Keeping up with its very strong “equality of access, equality of opportunity” principles.

Spain had a whole lot of overdue homework regarding the first three, so keeping up with the Kardashians consumes the already battered funding by more than half. In need to choose which deep tech / infrastructure asset to invest in, it decided to nurture what it already had deployed, high connectivity, data processing and storage, and 5G; bypassing the risks of faraonic investments in the likes of Blockchain and Quantum.

It’s a smart choice that may give Spain a leading edge in the short term: in the end, the key for Next Generation’s Digital Europe success involves building a sovereign and interoperable data cloud infrastructure. Spain can contribute positioning itself as the digital infrastructure node for Southern Europe. It pays off.

So there’s the agenda: keeping up with the homework and giving a strategic shot to the resources we already count on.

Taking into account the bigger picture, the question here would be: should the Quantum industry remain idle for the next 5 years?

The answer is no: the longer the race, the harder the training.

The next step for the Spanish digital economy is thinking medium term: for that, Quantum is key.

The future of the EU and its position globally will be built upon the drivers of change and progress that we invest in, within this decade. Spain’s shot at Quantum is real, and the path for a Quantum Spain can be cleared step to step.

These are times for the industry to align itself: their needs, their story, their contribution to the world and to the country, and start building the magic circle of momentum for a literacy, public and regulatory support hard race. Events, dialogues, and the showing off roadshow can wait a little longer. Legitimacy – first, political, later, social – is better built upon an agreed story of success… And of utility. Will it be up to the challenge?

For Spain, the moment may not seem to be now, but a milestone for a prepared quantum industry, aligned & with its needs and its value proposal ready may need to be on fleek by late 2021. 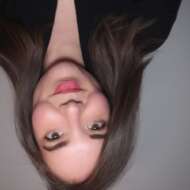 Thoughts on strategy & Intelligence to build the tech infrastructure of the future. @madamejuliet 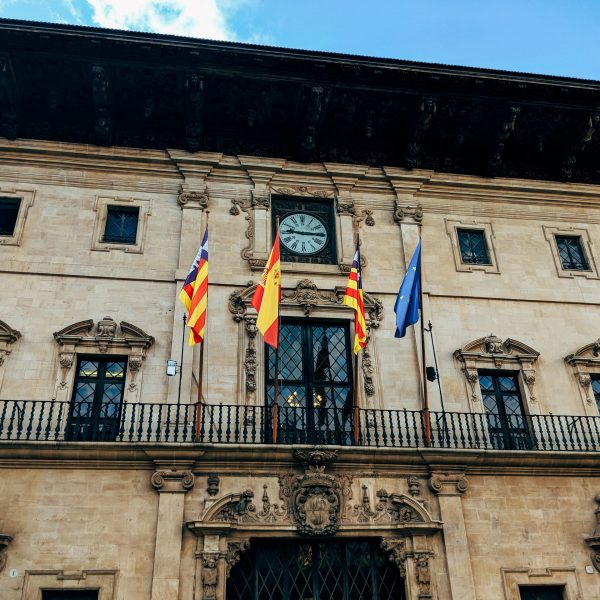