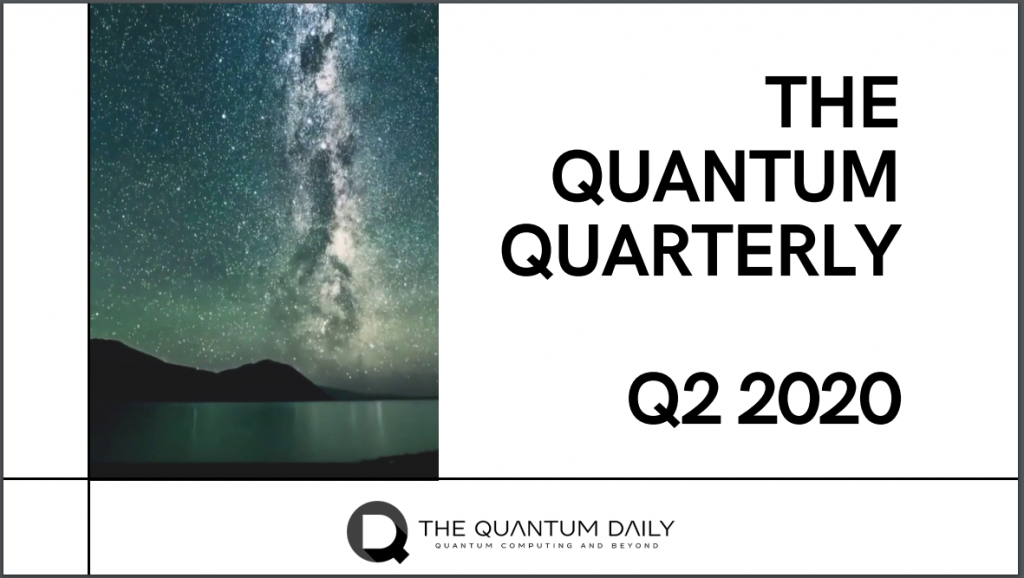 The Quantum Daily has issued its quarterly report reviewing the second quarter for 2020.

The report’s highlights that the quantum industry has attracted approximately $300 million in investment dollars from nearly 40 investors.

“While it’s still very early to determine the impact that the coronavirus pandemic has had in funding quantum technologies, this robust level of funding suggests that the much-dreaded – and almost anticipated – prediction that investments in quantum would evaporate due to the pandemic did not happen,” said Matt Swayne, contributor to The Daily Quantum.

The quarterly report also offers a look at how those second quarter investments were split among the QC startups and highlights the groundbreaking funding of several startups in particular.

In government funding, the report documents dramatic moves by Germany, the United Kingdom and Finland to jump start quantum computing research in their respective countries.

The reporter also recounts some dramatic personnel shifts during the quarter. Quantum pioneer John Martinis announced his resignation from Google’s quantum project while John Preskill will be joining Amazon’s AWS Center for Quantum Computing in Pasadena.

The report also reviews key technological studies that might impact the quantum technology industry in the future.