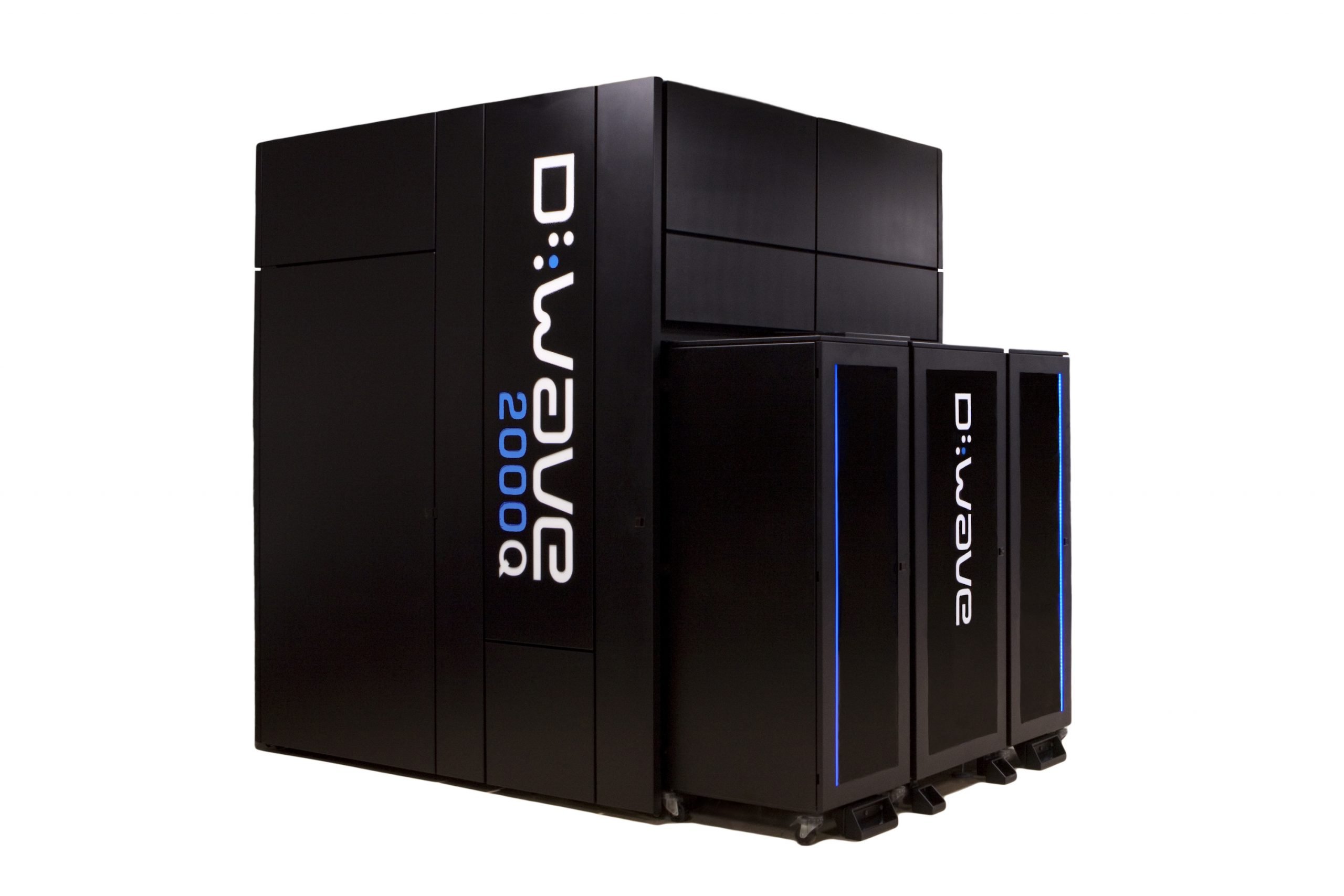 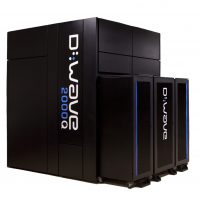 So – is there a way to get in on the action? This article explores what D-Wave is, how you can buy D-Wave stock, and whether that’s a good idea.

D-Wave is a private company, headquartered in British Columbia, which develops and sells Quantum Computers and associated software and services. It is fundamentally differentiated from other Quantum Computing companies in that it took the unique strategic decision over a decade ago to focus on Quantum Annealing (QA).

We tend to stray away from deep technical explanations (and will let D-Wave do the talking), so let it suffice to say that this system can be used for solving optimisation problems that take a long time to compute classically, by searching over the full space of possibilities and finding a global minimum (i.e. the optimal solution), without having to try every single option.

This article (where the above picture is from) does a much better job at explaining this but it can be summarised as follows: If you think of an optimisation problem as a landscape of peaks and valleys with the best solution corresponding to the lowest point in the deepest valley in the landscape, classical annealing (using a classical computer) will need to try every single valley before it can confirm it has found the lowest one representing the optimum solution (which can take an enormous amount of time). Quantum annealing facilitates finding the optimum solution in a shorter timeframe because it can bypass these peaks due to harnessing quantum tunnelling. The Quantum annealers that D-Wave make are therefore designed to do a very specific job and are not “universal” quantum computers.

In contrast, the likes of IBM and Google are working on building Gate Model (GM) Quantum Computers. A universal gate quantum computing system relies on building reliable qubits (the quantum equivalent of bits) where basic quantum circuit operations, similar to the classical operations that are familiar today, can be put together to create any sequence, running increasingly complex algorithms. As an aside, this is part of why it doesn’t make sense to compare D-Wave’s >2k Qubits to IBM’s 53 – it’s comparing apples with pears.

D Wave quantum computers look like large servers, with a skinnier version of IBM and Google’s “steampunk chandelier” systems on the inside. Most of the internal engineering goes into making sure that the Qubits, held at the bottom are cooled to a very low temperature.

Founded in 1999, D-Wave has seen the largest inflow of private capital (now over $200m invested) of all quantum computing stocks and continues to be held privately.

Whilst we can’t see in to the investment committees of Venture Capitalists, our understanding is that they see D-Wave’s stock as providing the most timely avenue to monetisation. It’s also worth considering that, 10 years ago, D-Wave may have been one of only very few stocks you could invest in (compared to >130 in TQD’s database as of writing). Nonetheless, D-Wave’s systems are already being used multiple large corporates including Lockheed Martin, Google, NASA and Volkswagen.

The business started selling commercial systems at the start of the last decade and, as summarised in the table below, has managed to get multiple buyers for its products. It’s not yet clear whether these buyers are making the investment for immediate practical applications (Volkswagen claim to be working on traffic eradication with their products) or whether they are experimenting with the technology so they have the knowledge and know-how for if and when the systems can offer performance better than classical super computers.

Check out our new article for everything you need to know about Quantum Computing Stocks.

Is D-Wave Stock a Good Investment

We should caveat this right from the beginning: we are not professional investors and you should do your own due diligence / take external advice before investing your own money.

In order to justify an investment in D-Wave stock via 180 Degree Capital Corp, one needs to believe two fundamental things:

Here’s the full list of their stock investments, scraped from their 10Ks. It’s a mixed bag of small businesses with uncertain financial profiles, most in tech and healthcare. 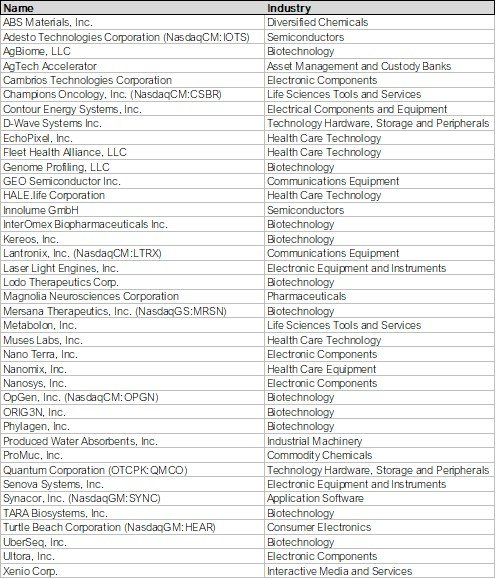 Like private venture capital firms, only 1-2 of these investments need to yield a substantial return but it’s very hard to predict if there are gems in here beyond D-Wave stock. Your risk is that a few of these investments start looking bad and investors start to flee the stock.

Is D-Wave stock going to be worth a lot more in the future? It’s a (multi) billion-dollar question. The valuation today, like most start-ups, is not reflective of cash flows. When analysts report on mature companies, they will often use a discounted cash flow analysis as one tool to try and apply some science to valuing the company. Not possible with D-Wave; whilst it has sold multiple devices (at >$10m each), this will not be getting close to covering the summation of R&D investments and employee salaries. For D-Wave stock to be worth more in the future, unless it changes technology, you must believe it can continue to develop its Quantum Annealers to increase their power so they can solve real world problems better than their competitors (existing classical supercomputers). Once it has done this, it then needs to sell them. Excluding any revenue they will inevitably aim to get from ancillaries such as software and services you have to believe they can sell quite a lot. It’s making good progress on paper (see the table above on commercial developments) but it’s hard to know if this will really translate to computers that beat classical supercomputers.

How to Invest in D-Wave Stock

You can’t buy shares in D-Wave directly, but a canny observer will note that two of the investors listed above (Pender’s Growth Fund and 180 Degree Capital Corp) are, themselves, publicly-traded stocks…so you can buy shares in them. We have focussed on the latter for brevity.

180 Degree Capital Corp (NASDAQ:TURN) is an investment fund (market cap of ~$70m as at January 2020) which allows investors (including retail investors) to get exposure to, among other things, certain private stocks. Its three largest investments by value are AgBiome (biotech company based in North Carolina – 18%), TheStreet (Stock market news based in NYC – 13%) and D-Wave Systems stock (13%).

Here’s where things get interesting…

180 Degree Capital Corp was originally called Harris & Harris Group. At the time it led the Series B round in to D-Wave it was focussed on investing in private stocks. The fund had a torrid ride from its heights in 2004, was renamed 180 Degree Capital Corp in 2017, and repositioned itself as investing in publicly traded stocks, taking activist positions. In this press release from January 2017, reference is made to Harris & Harris owning between 2.5 and 5.0% of D Wave. In its report from near the time it valued this stake at ~$9.7m. This points to a valuation of between ~$200m to ~$400m (we believe the stake may be smaller than 2.5%). The fund’s shares in D-Wave as at September 2019 were valued at $8.1m (vs a cost of $5.6m).

What does this all mean? 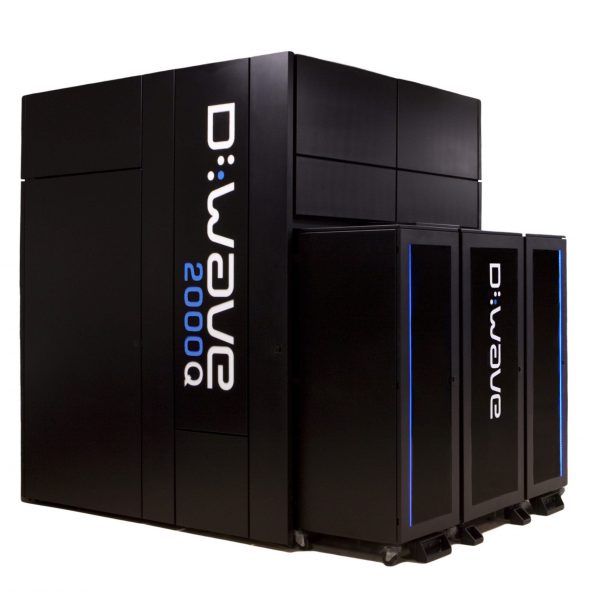