Most unaccredited investors — you know, most people — figure there’s no way they can stake a claim in the rapidly escalating quantum computing gold rush. The companies involved in creating quantum computers and peripheral technologies are barely startups and can only be accessed by accredited investors, such as venture capitalists, angel investors and private equity companies.

But that’s not entirely true. While there are few, if any, pure-play quantum computing investments available to the individual, non-accredited investor, the technology is mature enough that certain public quantum computing companies will benefit directly — and greatly — as this QC revolution take shapes.

The fact that most of the public companies have multiple products and revenue streams beyond quantum is not coincidental, nor is it necessarily entirely negative for the individual investor. Quantum technology is extremely expensive at this time — but this may change — most of the companies that can afford to play in the quantum space are also well-funded. By investing in a company that is not a pure quantum startup, you may not get the full-blown potential of watching your investment soar with a quantum unicorn, but backing these well-established public companies offers some positives for the right investor.

For example, this type of investment gives you a way to invest in a radical technology while hedging the risk involved in bringing such tech to market. Not may investment eras will give you a chance to be a value investor, growth investor and quasi-angel investor in a single shot. This may be one of them.

In this article, we’ll review the top 10 investments that individual (non-accredited) investors can make in publicly traded quantum computing companies and peripheral technology. These selections are based on current technology leadership, record of tech innovation and commitment to quantum technology. For background, or more information, you can also read the TQD Guide to Investing in Quantum Computing.

With that, let’s talk about these companies.

Google (Alphabet Inc.: GOOGL) blew everyone’s mind with an announcement in the fall of 2019 that their quantum computer achieved “quantum supremacy.” In other words, its quantum computer could outperform classical supercomputers at certain tasks. While not all agree that this publicly-traded quantum computing company achieved the milestone, the news gave Google (or Alphabet) an initial lead in the race to develop and commercialize quantum computers.
The company is deeply committed to pursuing this technology, too. In fact, it resonates intimately with the organization’s DNA.

“Google wouldn’t be here today if it weren’t for the evolution we have seen in computing over the years. Moore’s Law has allowed us to scale up our computational capacity to serve billions of users across many products at scale,” said Alphabet Inc. and Google CEO Sundar Pichai. “So at heart, we view ourselves as a deep computer science company. Moore’s Law is, depending on how you think about it, at the end of its cycle. Quantum computing is one of the many components by which we will continue to make progress in computing.”

Google researchers are particularly interested in the mind-blowing partnership between quantum computing and artificial intelligence (AI). That could lead to more and more breakthroughs.

Partners: The question might be, who isn’t partnering with Google. The company has numerous partnerships across academic institutions and throughout the quantum field.

With IBM’s (NYSE: IBM) recent announcement that its quantum computer research group has doubled its power, this public quantum computing company offers an investor a safer alternative than some of the other public companies that are making a quantum play.

IBM researchers Jerry Chow and Jay Gambetta emphasize this philosophy when writing about their latest quantum doubling, “So where does that put us with the 2020s? The next ten years will be the decade of quantum systems, and the emergence of a real hardware ecosystem that will provide the foundation for improving coherence, gates, stability, cryogenics components, integration, and packaging.“Only with a systems development mindset will we as a community see quantum advantage in the 2020s.”

IBM seems best suited for investors who want a blue chip moderate growth, low risk company that could offer an explosive quantum return somewhere down the road. It even offers a dividend!

Quantum Technology: IBM Q systems is based around the transmon qubit.

If you’re like me, the word, “Microsoft,” might still evoke images of a paperclip giving you advice on your screen size and grown-ass men in polo shirts trying to dance to “Start Me Up.” 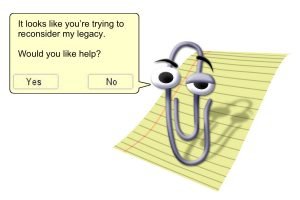 But, this is not your buddy Clippy’s Microsoft (NASDAQ: MSFT)  anymore. Microsoft’s back to being a leader in innovation with a trillion-plus market cap.
This publicly-traded company sees quantum computing as integral to maintaining — or maybe exceeding — its positive among tech leaders.
Microsoft CEO Satya Nadella said that the company’s Azure Quantum is a full-stack, cloud-based approach to quantum computing that is absolutely necessary for computing’s next phase.
“With all the capacity we have around computing, we still have many unsolved problems, whether it’s around food safety, or climate change, or the energy transition,” Nadella said at the Microsoft Ignite conference in Orlando, Fla. “These are big challenges that need more computing. We need general-purpose quantum.”
If it’s successful, Microsoft could dominate the industry. Hey. Just like old times, Clippy.

One of Amazon’s (NASDAQ: AMZN) competitive advantages is its commitment that connects its prowess in logistics with customer service and satisfaction. One advantage that experts suggest a quantum computer has over classical computers is in solving logistic problems, such as the traveling salesman problems.
Coincidence? I doubt it.
Whether it’s solving logistical issues, or dozens of other uses that offer a quantum advantage, there is no doubt that Amazon’s future will be tied to the future of quantum computing. The Seattle-based company recently announced not one, not two, but three quantum computing initiatives, including: Amazon Braket, a fully managed AWS service; a Quantum Computing Centre and Amazon Quantum Solutions Lab.

Alibaba (NYSE: BABA), a company that grew from obscurity to a world-class leader in e-commerce and b-to-b e-commerce, realizes the importance of quantum computing and is fronting its loads of cash to become a major player.

According to Jeff Zhang, Alibaba’s chief technology officer and head of its DAMO Academy research lab, the company’s investment in quantum isn’t just about creating a better e-commerce platform. Quantum computing has far-reaching implications for their business.
“The number of qubits is not our only goal. We want to solve the engineering problems of quantum computing. How do you run existing programs on quantum processors? You’re not going to run every program on quantum processors, right? So you’ll need to determine which computation tasks are for quantum computers and which are for classical ones. We are building a superconducting quantum computer in our Hangzhou headquarters, and we want to reach a point where quantum computing is scalable.”

Intel (NASDAQ: INTC) tapped a paranoia-fueled innovation formula to become a leader in chip manufacturing and is determined to ride that as a pioneer in quantum computing chip maker.

The company has developed a 49-qubit test chip. Recently, Intel Labs released what is believed to be a first-of-its-kind cryogenic control chip that will speed up development of full-stack quantum computing systems. It’s part of the company’s philosophy that it’s not all about qubit number, it’s about control.

“While there has been a lot of emphasis on the qubits themselves, the ability to control many qubits at the same time had been a challenge for the industry,” said Jim Clarke, Intel’s director of Quantum Hardware. “Intel recognized that quantum controls were an essential piece of the puzzle we needed to solve in order to develop a large-scale commercial quantum system. That’s why we are investing in quantum error correction and controls. With Horse Ridge, Intel has developed a scalable control system that will allow us to significantly speed up testing and realize the potential of quantum computing.”

Martin Hofmann, Volkswagen Group CIO, said: “At Volkswagen, we want to further expand our expert knowledge in the field of quantum computing and to develop an in-depth understanding of the way this technology can be put to meaningful use within the company. Traffic optimization is one of the potential applications. Smart traffic management based on the performance capabilities of a quantum computer can provide effective support for cities and commuters.”

This broadly suggests that the company might be considering using quantum computers to bolster autonomous cars, although that has not been spelled out specifically.

8. Lockheed Martin — On a Quantum Mission

Like Volkswagen, Lockheed Martin (NYSE: LMT) has been on the cutting edge of quantum computer use. Researchers for the company site one specific mission for their quantum device — a D-Wave 2 quantum annealing system — checking millions of lines of software code. Lockheed Martin’s quantum team puts it this way: “And, because half the cost of developing a new technology is rooted in software verification and eliminating errors, quantum computers offer economical high-confidence solutions that enhance safety and meet growing regulations.”

It’s a solid bet that this isn’t the only place a quantum computer would find a home at the firm. Research into materials and logistics play an important role in the aerospace industry and military contracting. And, it turns out, quantum computing is suited for things like quantum chemistry and materials formation and logistical planning.

As a company that is often compared to Google, Baidu (NASDAQ: BIDU) is also pursuing quantum computing as a competitive advantage. The  Chinese multinational technology company specializes in Internet-related services and products and artificial intelligence. Most of its quantum efforts is centered in its research division, which is co-located in Silicon Valley, Seattle and Beijing. The company wants to have quantum applications that can be used in its business in five years.

Hundreds of companies and organizations are now considering how quantum computing might fit into their plans and wondering what advantages it could give them. They are going to need one thing: guidance. Booz Allen Hamilton (NYSE: BAH), an American management and information technology consulting firm, based in McLean, Virginia, has formed a quantum research team to do just that.

Here’s a quantum computing company that might be a little off the radar. 180 Degree Capital Corp. (NASDAQ: TURN) is essentially billed as a public venture capital company. The company has positions in several nanotechnology and quantum computing concerns, including D-Wave. As discussed in TQD’s Guide to Investing in Quantum Computing, there is also interest in creating ETFs that target the quantum computer market.

Remember this article is not to be seen as recommendations to buy any of these stocks. The stock market is hard to predict, let alone predicting how the quantum market will change over the next few years. Do your due diligence to find stocks that fit your own goals and risk profile.

Disclosure: The Content is for informational purposes only, you should not construe any such information or other material as legal, tax, investment, financial, or other advice. Nothing contained on our Site constitutes a solicitation, recommendation, endorsement, or offer by TQD or any third party service provider to buy or sell any securities or other financial instruments in this or in any other jurisdiction in which such solicitation or offer would be unlawful under the securities laws of such jurisdiction.