For decades the South American continent has been hounded by guerilla wars, bloodshed and economic chaos. Chile and Pinochet. Peru and its Shining Path. Venezuela and Maduro, who has brought the oil-producing country to its knees. Yet there is one that has suffered more than any other.

Jorge Eliécer Gaitán’s assassination, in 1948, was the catalyst for the bloody period of La Violencia, issuing in decades of barbarity as the Colombian people were brutally beaten down.

Images of Escobar emblazoned on t-shirts.

They’ve all added to the savage myth.

Yet there is another side to this country, an exciting one.

Since the Colombian Peace Process was signed between former president Juan Manuel Santos and the FARC Marxist rebels in 2016, the country has changed, immeasurably.

This transformation — though in truth underway for many years before — has had some of its best results in the startup scene which is beginning to spring up in the capital Bogotá, as well as other cities such as Medellin and Cali.

And it’s not just in Colombia — an article in Crunchbase News, published this month, blows gloriously the trumpet of the Latin American startup scene, especially in Brazil and Argentina.

With this vigour, Colombian entrepreneurs and science graduates —  seeing the new-found political climate as commensurate to creating businesses —  are starting their own tech and hard tech companies to challenge those operating abroad.

And it’s in quantum computing (QC), too, that Colombians aren’t being left behind by the rest of the world.

Spin Quantum Tech, based in Bogotá, is one such case.

Founded in 2018 by CEO, Jean Bernier, which is part of the bigger Bernier Group SAS, a company that offers business solutions to problems in business via the use of the latest cutting-edge technology, Spin Quantum Tech promises to:

The startup’s quantum algorithms will focus on offering viable solutions to future cybersecurity trends and problems, realizing to survive in the nascent market they will have to be adaptable to the ever-changing technological landscape. Latin America, and its business environment, can be the perfect testbed for their enterprise. 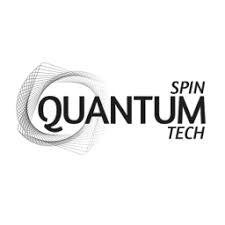 By way of customers, Spin Quantum Tech will reach out to companies offering solutions within the cybersecurity space and cloud providers. And with the burgeoning Latin American market open to such groundbreaking technologies as Bitcoin, other altcoins and AI architecture, the startup’s knowhow and expertise will be in great demand.

‘We are looking for acceleration and to go to market support in the UK.’

And this realization, according to Bernier’s LinkedIn page, seems to have credence. This year, with the help of the British embassy, Spin Quantum Tech hopes to open its venture in the United Kingdom.

The future of this startup remains to be seen. But with a skilled, focussed group of experts in their fields steering the ship, the way forward looks a good one.

Let’s keep our fingers crossed for QC in Colombia and Latin America in general.