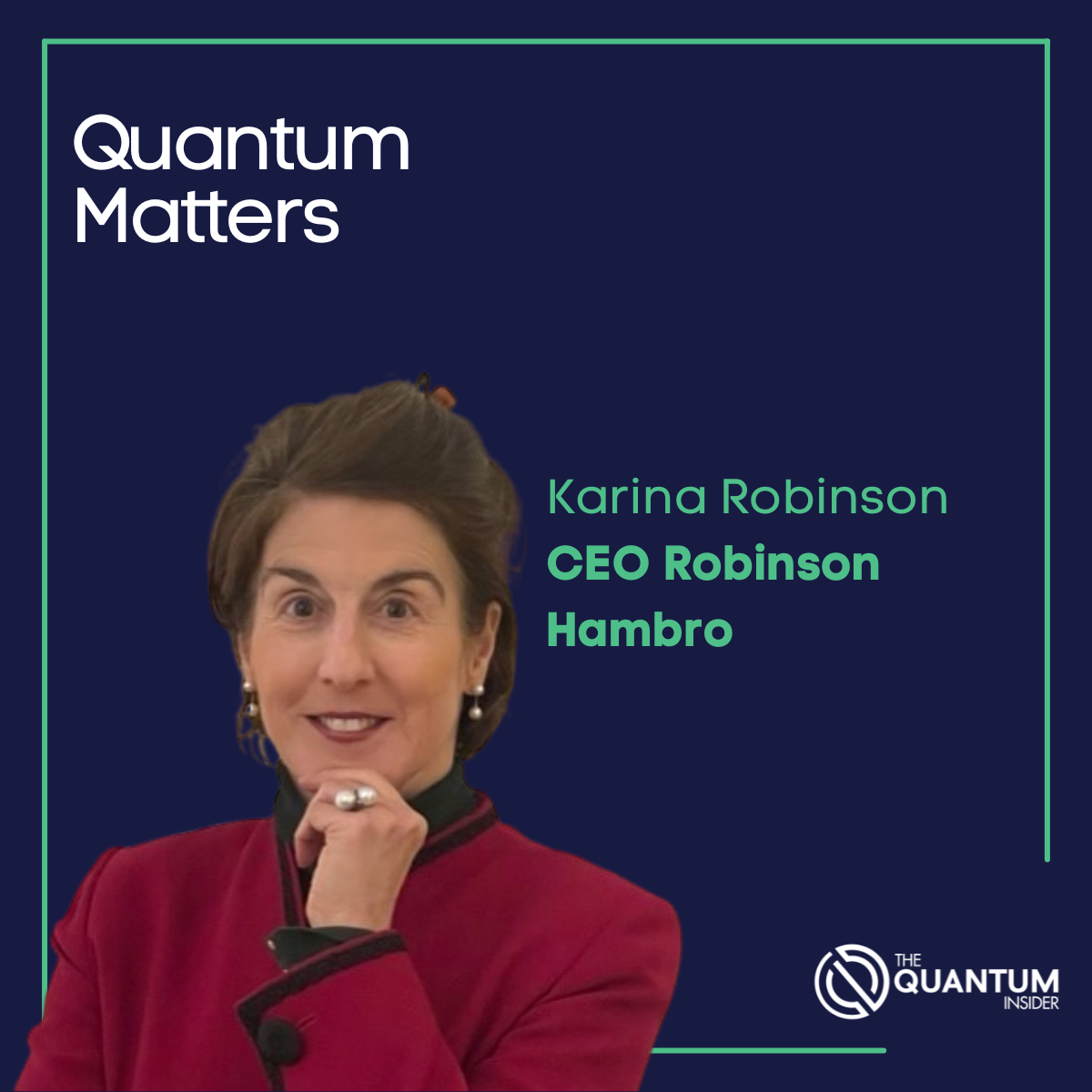 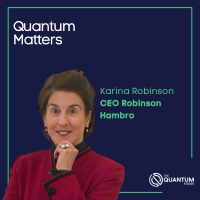 Quantum Matters is a column written by Karina Robinson, CEO of Robinson Hambro and Senior Advisor to Multiverse Computing. Karina Robinson is also the Founder of The City Quantum Summit where many of the developments discussed in this piece will be covered. Registration online and in person is free.

“Neutrality is not an option,” said the top NATO executive. Speaking at a private dinner a week ago, his words applied to the business world, not just to nation states.

The question is, how aware are Boards of the binary choices they are facing, and what does this mean for the quantum sector?

Geopolitical risk galloped back onto Board agendas over the last few years with Brexit, the economic consequences of former President Trump’s economic nationalism, and President Xi’s ‘fortress China’ policy. Events this year only added to its importance: Russia’s invasion of Ukraine, which today morphed into a possible war on the West, China’s stepped-up aggression towards Taiwan, and the volte-face of neutral Sweden joining NATO.

Western tech companies that fundraising are turning away approaches from Tencent and Alibaba, the Chinese technology behemoths, who they would have welcomed with open arms only a few years ago. The US and Europe, among others, are encouraging ‘onshoring’ or ‘friendly shoring’, the return of manufacturing to the domestic market, or at least to countries that are seen as friendly. Supply chain resilience is now a central issue for business and governments – note the billion-dollar subsidies for domestic semiconductor manufacturing in President Biden’s CHIPS and Science Act 2022.

But the full implications of Russia’s invasion of Ukraine and China/US tensions over Taiwan have yet to be digested by business leaders attached to globalisation and, above all, attached to the profit-making possibilities of a vast Chinese middle class – 400m people, larger than the US population. In his recently published diaries, Lord Patten, the last Governor of Hong Kong before its return to China, wrote that Canadian governments from 1995 onwards had a “crush” on the country. “They see – here we go again – treasures beyond human craving just over the horizon.” His words are widely applicable today not just to nations, but companies as well’.

A few months ago, the CEO of a FTSE-100 asset management firm agreed at a private lunch that the geopolitical divide between the West and China had widened markedly. But the firm, he said, was not dialling down its exposure to the country. Its operations there were both profitable and a great source of data, he added.

Within the next seven years an invasion of Taiwan, or at the very least a blockade, is looking more likely, say experts. There are parallels between President Xi and President Putin. In the words of former head of MI6 Sir Alex Younger, referring to Russia’s invasion of Ukraine, the ageing Russian leader had gone into “legacy mode, almost messianic in his determination to be the president that restored Russia to greatness.”* The same could well apply to Xi.

Putin’s invasion led to a set of unparalleled sanctions which hurt Western and other allied companies doing business in Russia as they struggled to depart the country, selling their assets at knock-down prices, while it also had a deleterious effect on many economies through higher energy and food prices.

However, the escalation of Taiwan tensions into something resembling a war will make this year’s issues seem paltry by comparison, given China’s integration into the world economy.

Yet for the world of quantum, a world of opportunity beckons – albeit not in China. At a time where private sector funding for Deep Tech is looking sparse, newly-emboldened governments and security alliances are stepping in.

Not only is there the CHIPS and Science Act 2022 in the US, but only a few months ago NATO launched a €1 billion Innovation Fund for early-stage start-ups and venture capital funds developing dual-use emerging technologies in areas including quantum-enabled technologies, novel materials, energy and AI. Germany stated last week that it would become Europe’s leading military power with, according to German Chancellor Olaf Scholz, “the best-equipped force in Europe.”

In parallel with the development of quantum technologies in areas like energy and novel materials, the largest opportunity exists in cybersecurity. This encompasses protection against a functional quantum computer that can break current classical encryption – expected within the next 5-7 years – and better protection against current break-ins, which include the ‘harvest now, decrypt later’ strategy.

As China evolves into a declared enemy, its efficient cyberespionage programme is becoming ever more newsworthy. The FBI opens a new investigation into Chinese espionage every 12 hours, it has stated, while MI5’s caseload has risen sevenfold since 2018, according to the British spy agency.

One US estimate suggested that Chinese commercial espionage stole as much as $600bn of US intellectual property every year. The EU has estimated that total IP theft costs it €50bn in sales every year, with the loss of 671,000 jobs.

From Post-Quantum Cryptography (PQC) to Quantum Key Distribution (QKD), firms in the quantum space are developing a mix of technologies to combat this by securing communications and keeping data safe.

The National Security Agency (NSA) put a shot across the bows of systemically important companies earlier in September when it released future quantum resistant algorithm requirements for national security systems. In fact, actual post-quantum software defences are still being elaborated, and the National Institute of Standards and Technology (NIST) has not yet published the final list of those it considers viable – we are only at the short list stage. But the NSA was intent on warning corporates that major investment in new cyber security systems are on the horizon.

To be sure, funding for quantum start-ups has not totally dried up. $2.2 billion went into the sector over the last 12 months, up 15.0% on the previous year, according to quantum market data from The Quantum Insider. However, much larger amounts are likely to be coming from governments and corporates as they adjust to deepened fissures in the geopolitical strata. 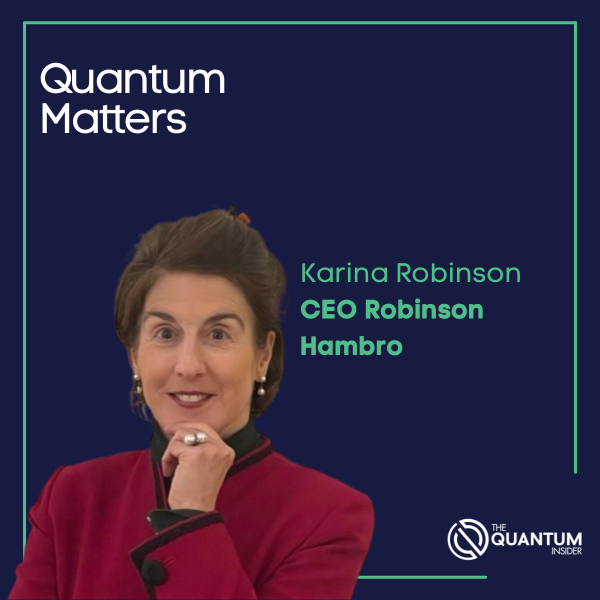