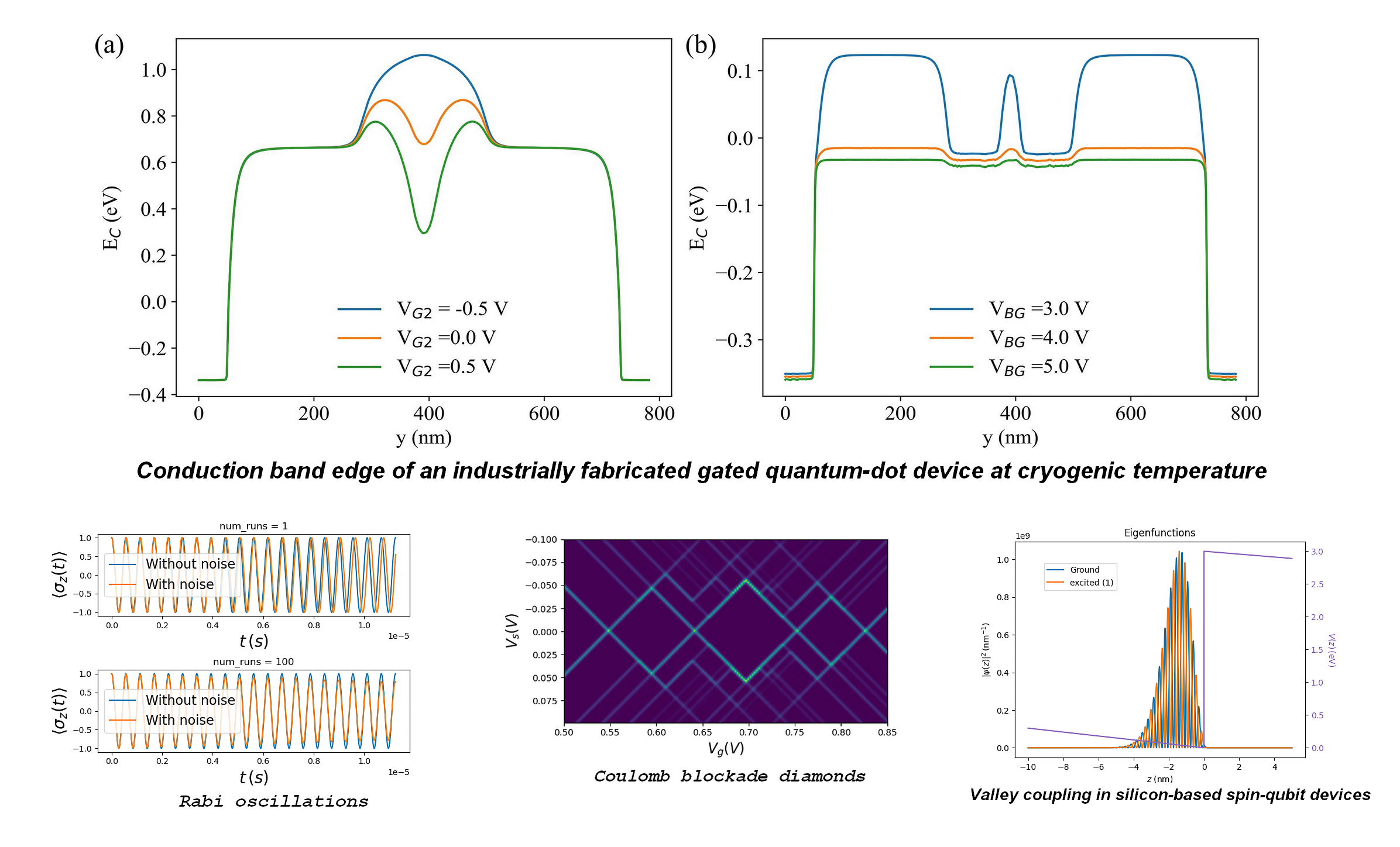 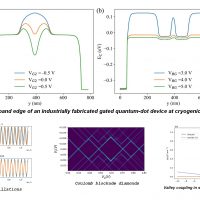 Nanoacademic Technologies Inc., a Montreal-based software company, is pleased to announce the release of its innovative spin-qubit modeling tool QTCAD to the quantum academic community.

After a couple of years of development and cross-based code inspiration from reference quantum electronic atomistic solvers, Nanoacademic has achieved the development of QTCAD, its latest advanced simulation tool aimed at quantum device hardware designers.

Quantum-Technology Computer-Aided Design (hence “QTCAD”) is a finite-element method (FEM) simulator used to predict the performance of solid-state spin-qubit devices at sub-K temperatures before their prototype and series manufacturing operations. This unique tool is a significant cost-saver enabling exploration of many design scenarios in semiconductors.

QTCAD calculates the envelope functions and energy levels of electrons or holes confined in nanostructures within k.p theory using non-linear Poisson, Schrödinger, and many-body solvers. QTCAD enables prediction of key qubit performance metrics such as electron or hole confinement, Coulomb blockade, and gate fidelity, among many others.

To help quantum engineers conveniently design the elementary bricks and components of future quantum technologies, Nanoacademic has developed specific features to facilitate solver convergence. In particular, QTCAD includes an adaptive meshing technology leading to robust convergence at cryogenic temperatures, enabling to match the experimental reality of spin-qubit operation, and saving a huge amount of time for users by automating the mesh generation step. In addition, QTCAD includes a Python API for conversion of device layouts (GDS files) into 3D structures, thus allowing the implementation of scriptable and customizable simulation workflows.

Innovation is our main purpose and lies at the heart of our software development approach; consequently, QTCAD has several other advanced features under development which will be released in the near future. 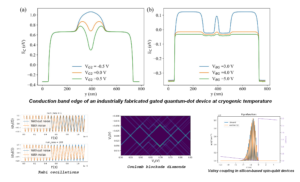 In the words of Dr. Félix Beaudoin, Director of Quantum Technology at Nanoacademic and QTCAD software development team leader: “Akin to TCAD software in the semiconductor industry, QTCAD will lead to tighter sample design that will reduce trial and error and thus shorten prototype turnover, accelerating technological transfer from theoretical ideas into practical devices. Ultimately, we believe that QTCAD will help academic and industrial R&D groups to achieve the full potential of the spin-qubit technology, whose nanoscale footprint and compatibility with standard semiconductor manufacturing processes allows in principle to fit millions of qubits on a single chip, if not more. “

The development of QTCAD would not have been possible without the financial and technical help of our local partners in Québec (MEI, Institut Quantique, McGill University) and Canada (NRC). In addition, we are indebted to our supportive technical and scientific international partners (STMicroelectronics in France, VTT in Finland, the Tohoku Institute of Technology, and some top Japanese Universities), whose views and advice related to their specific development contexts helped us to push the feasibility limits of our code and to enrich the spectrum of QTCAD features.

Now that QTCAD is released and ready for license purchase, we are proud to offer this first version to our worldwide academic audience with a choice between single users and research groups. A free 30-day trial version is available now for interested users to test the software; in addition, we plan to release a Professional version of QTCAD for industrial users later this year.

Let’s get in touch: please visit us on our website www.nanoacademic.com and connect on LinkedIn and on Twitter for more information and interesting discussions about our solutions. 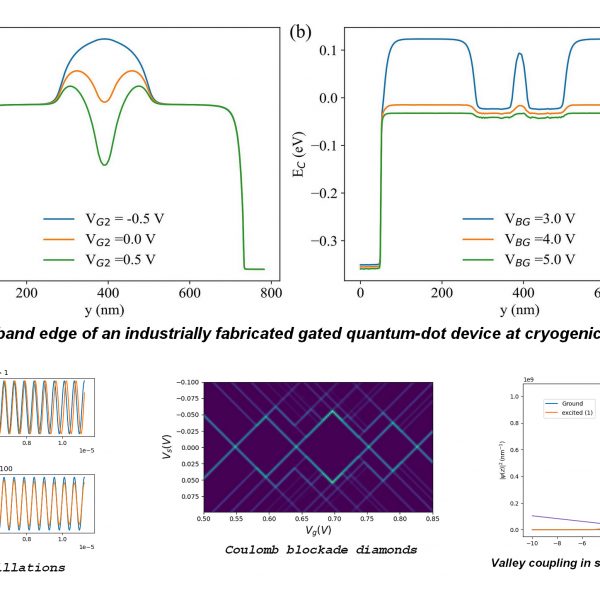