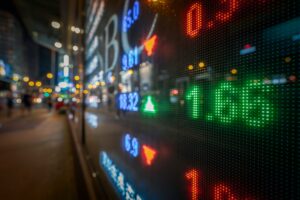 We have covered the quantum market from a number of different angles, most recently with reports on Quantum Security and Quantum Computing as a Service. These were based on the triangulation of bottom up and top down analyses and provided detailed estimates.

The most recent quantum computing market survey takes a different approach, garnering feedback from industry participants across the globe.

The analysts consider the quantum market to include hardware components, QCaaS infrastructure, application software and the value generated by end-users.

Currently, the total quantum computing market size is estimated to be $300 million on the low end to a high of $1.3 billion, according to survey respondents.

Quantum sensing includes devices that use a quantum system, quantum properties, or other quantum phenomena to perform a measurement. Examples of devices that use quantum sensors include magnetometers powered by superconducting quantum interference –SQUID — technology and atomic clocks.

The current quantum sensing market estimates are below the $50 million range.

For the next five years, the forecast suggests annual growth rates at 0 to 15 percent.

In overall sizing, the survey respondents estimate that the quantum security market is currently set at between $100 million and about a half billion dollars. That market is expected to grow to between $1.5 billion and $4 billion by 2025 and reaches between $4 billion and $8 billion in 2030.

The survey covers the community’s opinion on the market sizing for quantum technology and was based on data from 40 participants, from a range of backgrounds, as at the end of September 2021.

80% of respondents were not satisfied with their knowledge on the market size for the quantum computing industry.

Other Insights on Quantum Market

A significant majority of respondents used quantum market sizing information for making strategic decisions yet 80% were not satisfied with their knowledge on the market size for quantum technologies.

Guest Post: When it comes to quantum computing, it’s too early to be competitive

Guest Post: When it comes to quantum computing, it’s too early to be competitive