Quantum Computing In Healthcare: How It Can Save Lives? Quantum Computing In Healthcare: How It Can Save Lives?

Nanotechnology and Quantum Sensing in Healthcare

The reason that quantum technology seems to fit so well into our healthcare systems is that many biological processes occur in a similar microscopic field as quantum interactions. This makes utilizing quantum technologies a good fit.

Nanotechnology, within quantum technology, has been especially important when it comes to healthcare. Several companies are using nanotechnology to develop quantum sensors. These sensors will be able to make more accurate measurements for certain medical equipment. MacQSimal, a quantum technology company is working to replace MEG (Magnetoencephalography)  machines, which are bulky and take a lot of money and energy to use. Instead, MacQSimal is proposing a helmet of quantum sensors to create more accurate brain scans. Other companies like MetaboliQS project are using quantum sensors made with diamonds to work on replacing MRI cooling systems. Other quantum sensors are predicted to make disease detection faster and more accurate, being able to diagnose cancer, Alzheimer’s, or dementia faster. All of these new tools would reduce the cost of healthcare and vastly improve the quality of life for thousands of patients.

Another way that quantum technology has been impacting healthcare is through quantum computing. Unlike regular or supercomputers, quantum computers have the ability to store a high quality of information due to the quantum interactions inside them. While a computer uses a bit (a piece of information) that is either a 0 or 1, a quantum computer uses a quantum bit (q-bit) that is in a superposition of 0 and 1 at the same time. This superposition is a process where two particles can encompass the same quantum state at the same time. It gets complicated rather quickly when it comes to quantum computing, but because of superposition, these computers can store a lot more data per unit volume and calculate tough mathematical problems and algorithms much more quickly.

Quantum computers have already begun permeating our healthcare systems. Partnerships between healthcare facilities and quantum technology companies have begun to emerge, showing healthy growth for this subsector of the quantum industry. One of these partnerships is between the Cleveland Clinic and IBM. IBM has worked for a long time with the Cleveland Clinic, but only recently did they partner to develop a center called the Discovery Accelerator, which will use quantum technology, such as quantum computing, to advance discoveries in medicine and the life sciences. This partnership will allow for faster and more efficient drug trials, as well as detection for diseases.

For healthcare, a quantum computer could be used to optimize drug design and the drug testing process. Quantum computers can also perform simulations and could compute accurate simulations of a new drug on virtual human subjects, only within a few hours. This would save drug companies money and time, as well as remove the number of test subjects for a study, be it animal or human test subjects. This process has already been tried by the company InSilico Medicine, which was able to develop a new drug candidate in 46 days using a simulated algorithm. Using quantum computers can speed up the drug design and test process, offering new medicines that could save potentially thousands of lives. For drug companies, this would save them thousands, if not millions, in years of drug testing and drug development.

Other uses of Quantum Computers in Healthcare

Quantum computers have many other uses when it comes to healthcare. For those having radiation therapy, a quantum computer could simulate the least harmful treatment that would best target only the cancerous tissue and not healthy tissue. Because of its fast and efficient computing power, quantum computing could also be able to sequence or analyze whole human genomes much faster than a regular computer. This faster genetic analysis could lead to a tidal wave of consequences, from better genetic screenings for genetic diseases to more accurate drug screens.  Quantum computing additionally offers more secure medical data through quantum data encryption (which we’ll cover in another article). This data encryption could make medical data more secure and protected from hackers or ransomware.

The words “quantum technology” and quantum physics” have already been used in medicine for decades, just not exactly in a scientific manner. In an article for NBC News, theoretical physicist Laurence Krauss discusses quantum quackery. He explains that these phrases have been used in New Age medicine (such as transcendental meditation) to try to rationalize these “woo-y” or non-scientific processes. Krauss clarified that: “you should be wary whenever you hear something like: ‘quantum mechanics connects you with the universe’… or ‘quantum mechanics unifies you with everything else.” Quantum mechanics doesn’t actually do any of that, according to Krauss, it’s a process that explains strange interactions in a quantum realm. “Quantum mechanics is often quoted as the explanation for many things, because it’s so weird that people latch onto it as a hope, to explain everything that they would like to believe about the universe.”

Thankfully, the impacts of actual quantum technology seem to be out-shining these “woo-y” processes. As the commercialization of quantum technology and quantum physics becomes more streamlined, our healthcare processes should improve, much like many other aspects of our lives. 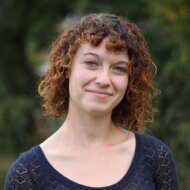