So far, 2021 has been a banner year for quantum computing. Several quantum-based companies have moved to go public, including at least two announcements of special acquisition companies being created to accommodate interest in quantum. Multinational corporate mergers have also started to happen in the quantum industry.

According to data gathered from Microsoft Academic, several universities and research institutions are consistently producing research papers, conference presentations and other forms of academic output in the quantum area. The groups represent both corporate research teams and university-based scientists.

Here are the top research institutions at this point in 2021, about midway through the year.

Massachusetts Institute of Technology — better known as MIT — is a world-renowned center for science, technology and engineering. MIT has been a pioneering hub for work in quantum. In 2021, researchers from MIT played roles in major advanced in quantum technology that were published in leading scientific journals, including: Room-temperature photonic logical qubits via second-order nonlinearities, which appeared in Nature Communications; Capturing Non-Markovian Dynamics on Near-Term Quantum Computers, Physical Review Research; and Creating Majorana modes from segmented Fermi surface, again in Nature Communications.
Find out more about quantum information science at MIT here.
Number 3 — Harvard University 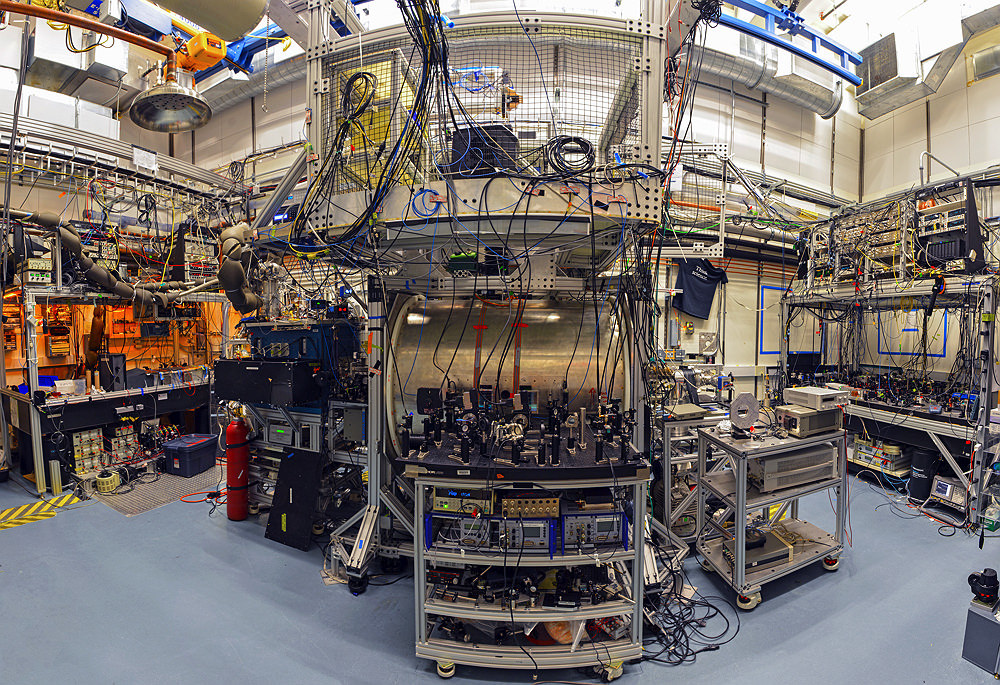 Harvard continually makes lists for various scientific achievements. It is perennially on the top of lists for quantum science. According to Microsoft Academic, this legacy as a global leader in science and quantum research continues in 2021, with more than 1,800 entries in the quantum computer category on the research. Some of the studies, published both in major scientific journals and pre-print servers, such as ArXiv, that include Harvard researchers are: Quantum Computing at the Frontiers of Biological Sciences in Nature Methods; Quantum Information and Algorithms for Correlated Quantum Matter in Chemical Reviews and Quantum Computing and Quantum Information Storage in Physical Chemistry Chemical Physics.
Here’s more information about Harvard’s quantum initiative.
Number 4 — Max Planck Society 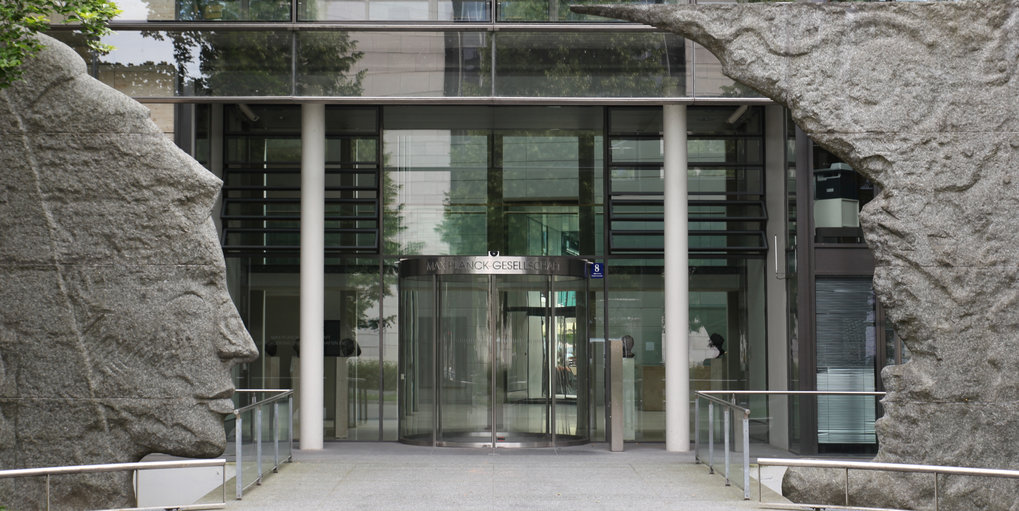 The Max Planck Society, established in 1948, has produced 20 Nobel laureates and is considered one of the world’s most prestigious research institutions worldwide. Its scientists are producing cutting-edge research in the fields of quantum computing, as well. This year, MPS is among the leaders in quantum computing research. So far in 2021, Max Planck Society scientists have published “A Auantum-logic Gate Between Distant Quantum-network Modules” in Science and “Topological Two-Dimensional Floquet Lattice on a Single Superconducting Qubit” in Physical Review Letters, among dozens of other published research pieces.
Quantum science at the Max Planck Society is covered here.
Number 5 — University of Chicago

In the U.S. the heartland is also the heart of quantumland, thanks, in no small part, to the University of Chicago. In 2021, University of Chicago researchers have taken part in several key quantum computing studies including, “Engineering Dynamical Sweet Spots to Protect Qubits from 1 / f Noise,” which appeared in Physical Review Applied; “Quantum Solver of Contracted Eigenvalue Equations for Scalable Molecular Simulations on Quantum Computing Devices,” published in Physical Review Letters and “Orchestrated trios: compiling for efficient communication in Quantum programs with 3-Qubit gates,” which was presented at ASPLOS 2021.
Chicago Quantum Exchange is a great resource for learning more about quantum science at the U of Chicago.
Number 6 — Chinese Academy of Sciences

The first Chinese entry on the list of top quantum research institutions is a research powerhouse in China. In just a few short months, the Chinese Academy of Sciences has amassed more than a thousand entries. Most recent entries in that list of quantum computing research advances are “Observation of energy-resolved many-body localization,” published in Nature Physics; “A concise review of Rydberg atom based quantum computation and quantum simulation,” Chinese Physics B and Solving quantum statistical mechanics with variational autoregressive networks and quantum circuits, which appeared in Machine Learning Science and Technology.
Read more about the academy’s research advances here.
Number 7 — University of California, Berkeley

The University of California, Berkeley is located in the heart of California’s quantum country. Its research output thus far this year — and its solid industrial and government connections — make it a top ten entrant on our list of the most productive research institutions. Berkeley researchers contributed to published papers include: “Quantum approximate optimization of non-planar graph problems on a planar superconducting processor,” in Nature Physics; “Efficient and noise resilient measurements for quantum chemistry on near-term quantum computers,” npj Quantum Information and “Materials challenges for trapped-ion quantum computers,” Nature Reviews Materials.
Read more about the University of California’s quantum advances at Berkeley Quantum.
Number 8 — University of Maryland, College Park

Home of one of the first quantum computer firms to go public (IonQ) and a constant addition to TQD’s “best of” lists, the University of Maryland, College Park is showing no signs of slowing down research output in the quantum computing field. UoM research teams participated in the following studies and published papers: “Probing many-body localization on a noisy quantum computer,” Physical Review A; “Microwave Superconductivity,” IEEE and “Conformal field theories are magical,” Physical Review B.
Learn more about the Joint Center of Quantum Information and Computer Science.
Number 9 — Princeton University 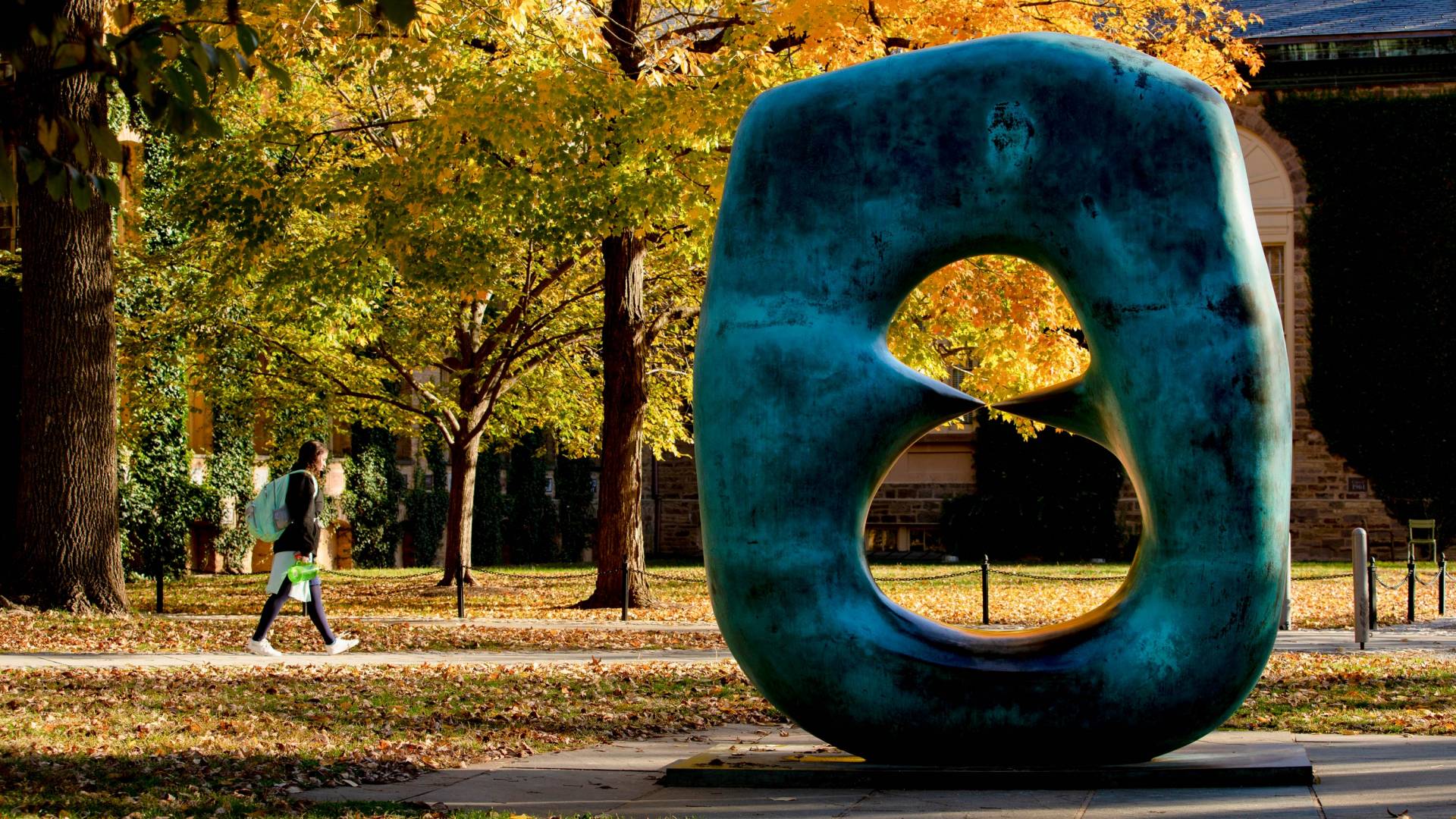 The second Ivy League school in the list of top quantum research institutions is probably a no-brainer, if that term can be used without irony. Princeton has a well-established reputation as being one of the world’s centers of academic and research excellence. That reputation continues in quantum. This year, Princeton researchers have participated in several quantum advances reported in journals and on pre-print servers, including “New material platform for superconducting transmon qubits with coherence times exceeding 0.3 milliseconds,” Nature Communications; “Spin Digitizer for High-Fidelity Readout of a Cavity-Coupled Silicon Triple Quantum Dot,” Physical Review Applied and “CutQC: using small Quantum computers for large Quantum circuit evaluations,” ASPLOS 2021.
Learn more about quantum at Princeton here.

From the company that developed the first quantum computer to assert quantum supremacy, Google researchers continue to make impressive strides in the quantum computing field. For this year, the company’s scientists have taken part in studies, including “How to factor 2048 bit RSA integers in 8 hours using 20 million noisy qubits,” in Quantum; “High-Fidelity Measurement of a Superconducting Qubit Using an On-Chip Microwave Photon Counter,” in Physical Review X and “Power of data in quantum machine learning,” in Nature Communications.

Explore the possibilities of quantum with Google.

Japan is a hub of research into technology and information science. This research prowess extends to the quantum era. The University of Tokyo is home to scientists who took part in the following recent studies and published papers: “Blueprint for a scalable photonic fault-tolerant quantum computer,” which appeared in Quantum; “Post-Hartree–Fock method in quantum chemistry for quantum computer,” published in European Physical Journal and “Event Classification with Quantum Machine Learning in High-Energy Physics,” presented in Computing and Software for Big Science.

Read more about this quantum initiative at the University of Tokyo.

Number 12 — University of Science and Technology of China 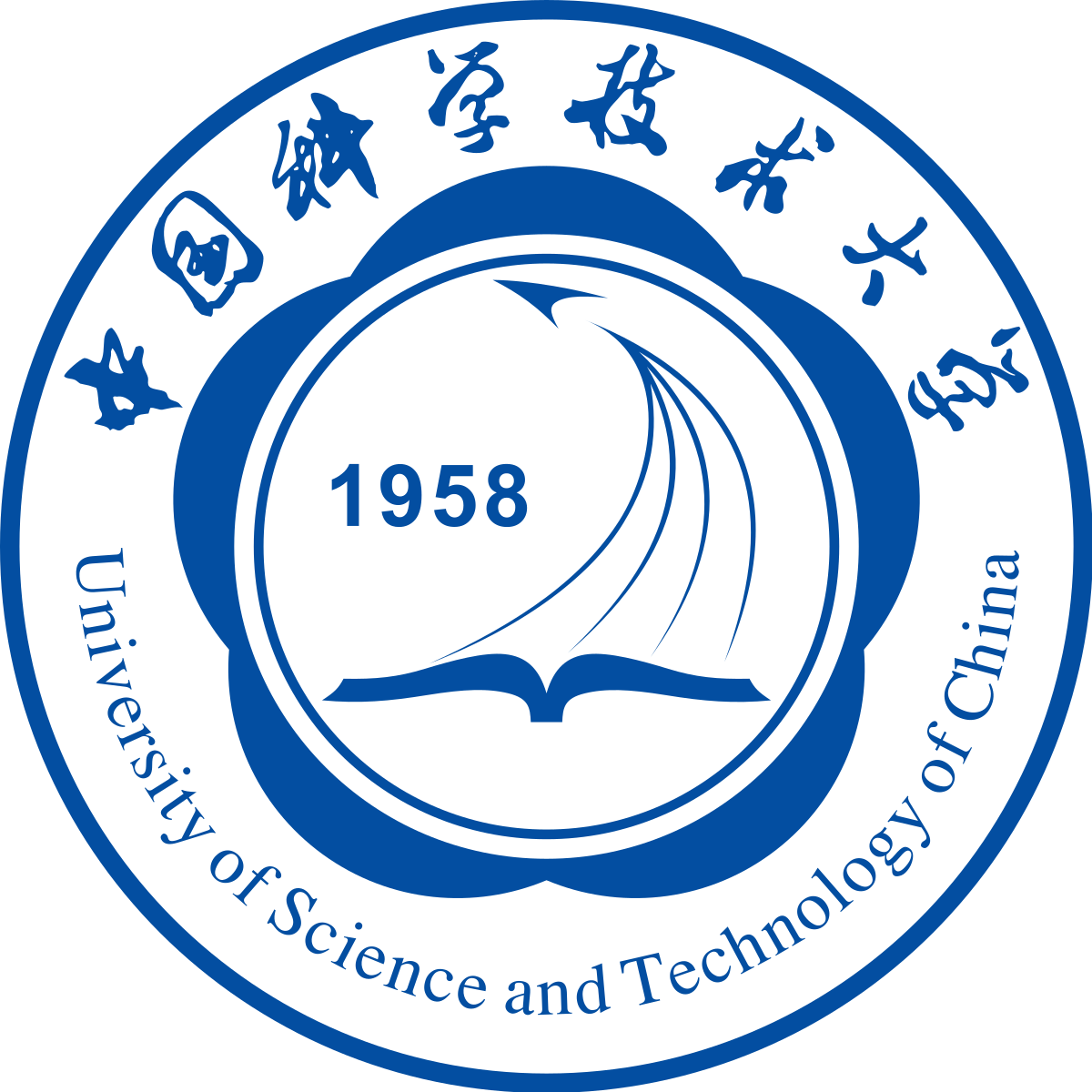 Our second entry to the list from China continues to astound the world with its scientific advances in quantum computing. Scientists from the University of Science and Technology of China have been involved in quantum computer studies, including: “Testing a Quantum Error-Correcting Code on Various Platforms,” in Chinese Science Bulletin; “Experimental exploration of five-qubit quantum error correcting code with superconducting qubits,” in National Science Review and “Quantum walks on a programmable two-dimensional 62-qubit superconducting processor” in Science.

Here’s the Division of Quantum Physics and Quantum Information at USTC. 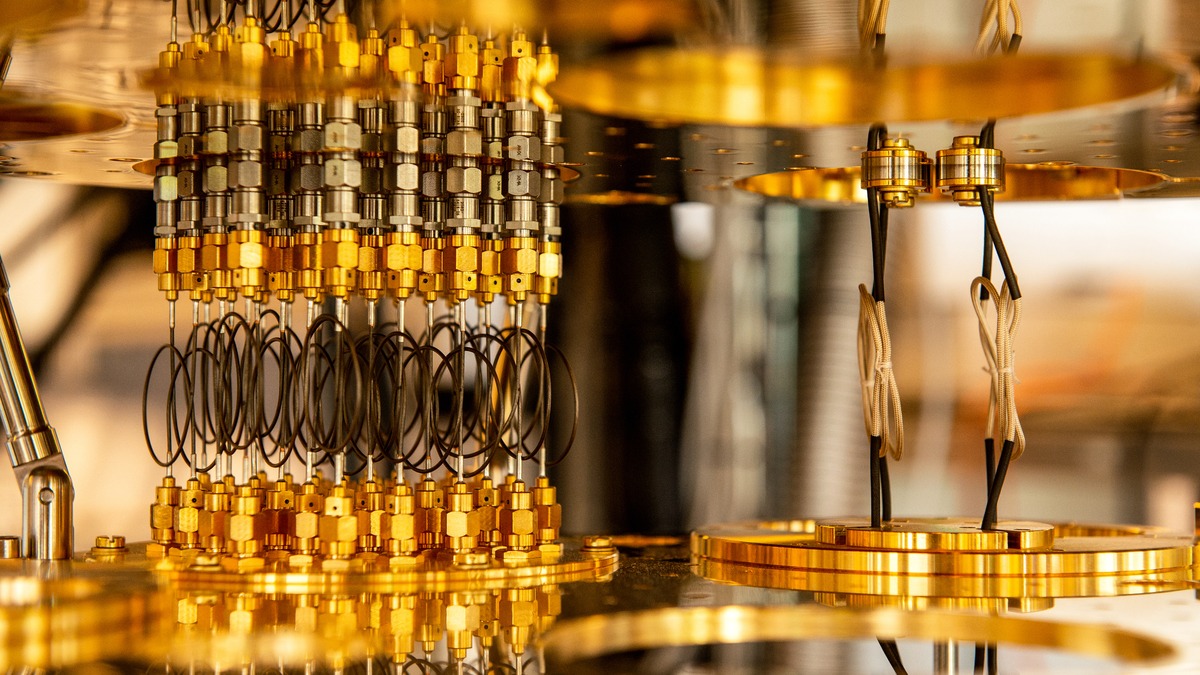 The Seattle-based University of Washington is growing into its role as one of the leaders in quantum science and, in particular, in quantum computing. A recent surge in published research papers about quantum computing include University of Washington researchers leading the charge. Those projects include: “Sparse-Hamiltonian approach to the time-evolution of molecules on quantum computers,”The European Physical Journal,” “Entanglement rearrangement in self-consistent nuclear structure calculations,” Physical Review C and “Qubit Regularization of Asymptotic Freedom” in Physical Review Letters.

You can read about one U of W quantum initiative here.

The University of Oxford’s contributions to quantum science are legendary. The university is now one of the leaders sherparding the world from classical to Noisy Intermediate Scale Quantum — NISQ — and beyond. Here are a few projects Oxford scientists are involved in that have implications in quantum computing: “Multi-exponential error extrapolation and combining error mitigation techniques for NISQ applications,” which appeared in npj Quantum Information; Non-Gaussianity as a Signature of a Quantum Theory of Gravity, which was published in PRX Quantum and The prospects of quantum computing in computational molecular biology, which appeared in WIREs Computational Molecular Biology.

Here’s an example of a quantum computer project at the University of Oxford. 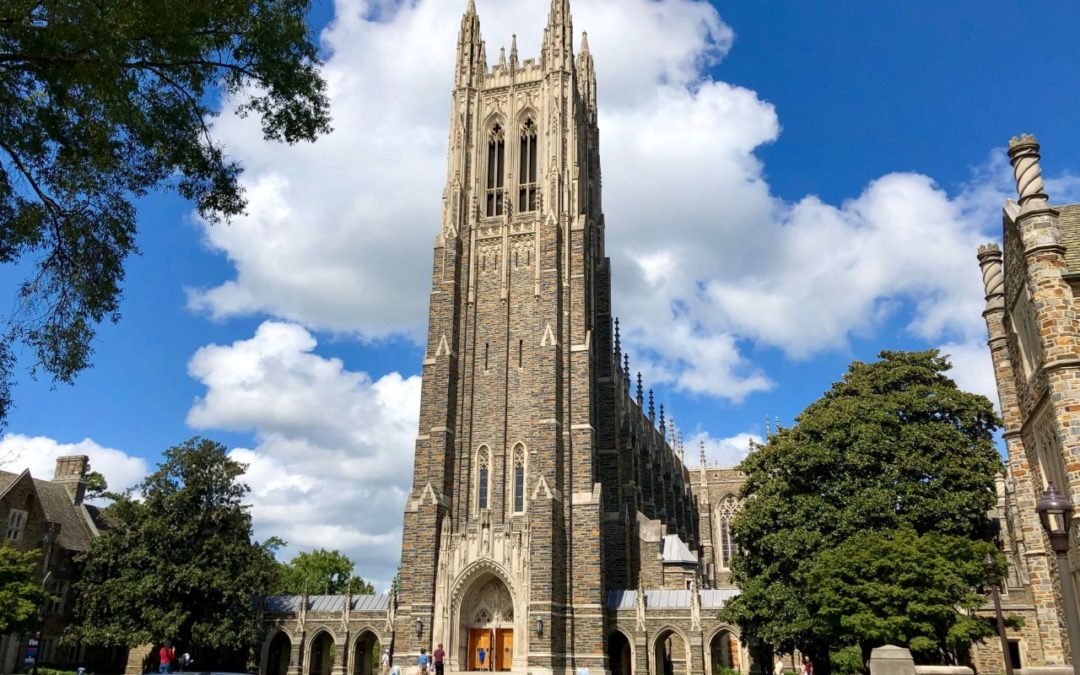 Duke University is probably not a research institution that most immediately associate with quantum computing compared to some of the other institutions. (Duke’s research trail only leads back to 1998, while some of the other universities have quantum computing work that originated in the 1980s, even the 1970s…) But that’s changing as the following quantum projects show: “Materials challenges for trapped-ion quantum computers,” Nature Reviews Materials; “Optimizing Stabilizer Parities for Improved Logical Qubit Memories,” ArXiv and “Practical Applications with Quantum Computers,” presented at Quantum West.

As an example of Duke’s forward-looking quantum progress, check out this initiative. 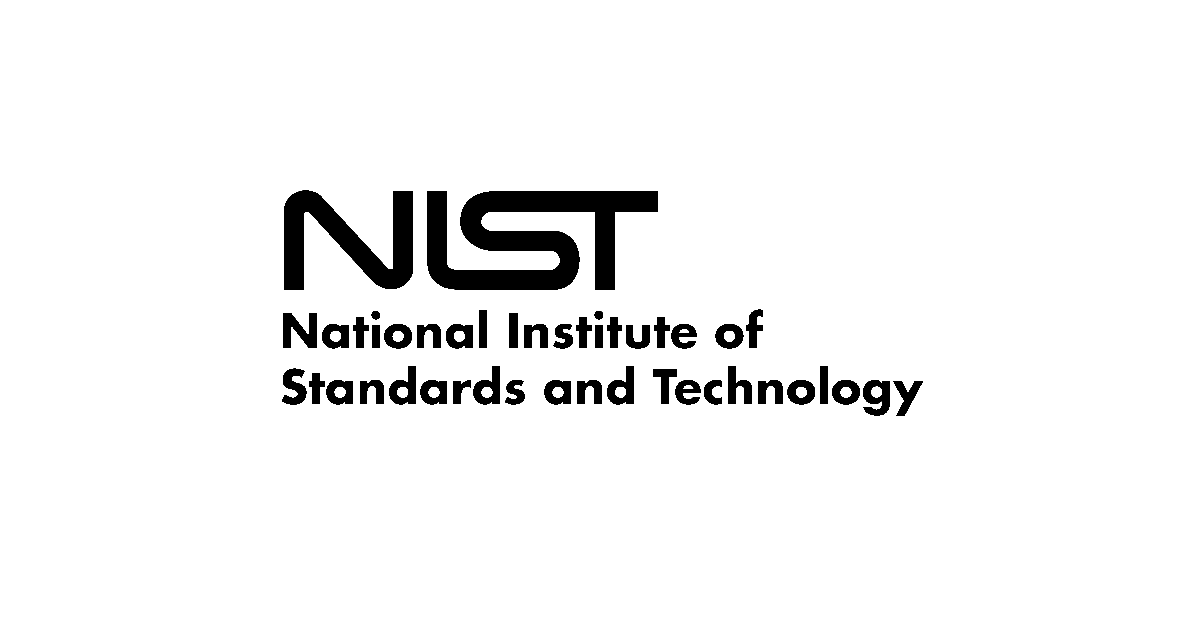 The National Institute of Standards and Technology supports quantum science both in the U.S. and around the world. The soul of NIST’s support is in the prowess of its researchers. Here are a few NIST-backed research projects: “Ray-Based Framework for State Identification in Quantum Dot Devices,” PRX Quantum; “Towards data-driven next-generation transmission electron microscopy,” Nature Materials and “Control and readout of a superconducting qubit using a photonic link,” in Nature.

Read more about NIST’s support of quantum in this TQD article. Seated geographically right in the hottest of technological hot spots, Stanford University is among the top research institutions for the high tech world. In quantum computing, its recent publications show scientists involved in the following projects: “Quantum Permutation Synchronization,” in ArXiv; “Recycling qubits in near-term quantum computers,” in Physical Review A and “Connecting and scaling semiconductor quantum systems,” presented at Photonic and Phononic Properties of Engineered Nanostructures XI 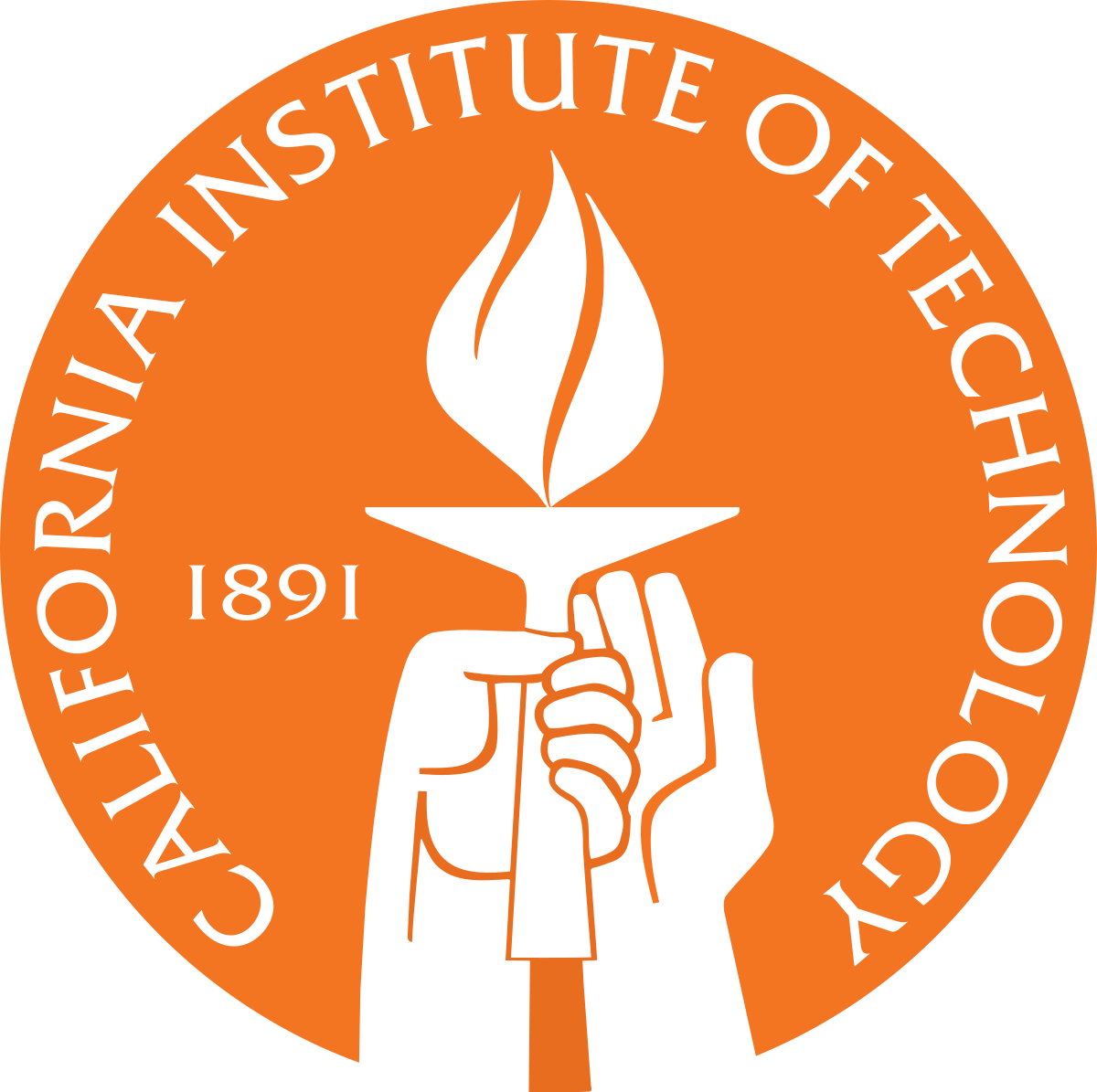 You can’t have Caltech without the tech part and it’s rapidly becoming a quantum powerhouse. Just some of the work done recently by scientists at California Institute of Technology include: Power of data in quantum machine learning, in Nature Communications; “Low rank representations for quantum simulation of electronic structure,” in npj Quantum Information and “Quantum Computation of Finite-Temperature Static and Dynamical Properties of Spin Systems Using Quantum Imaginary Time Evolution,” in PRX Quantum.

CalTech quantum projects include the Institute for Quantum Information and Matter.

A Note on How This List Was Created
The above list is not meant to be exhaustive. Microsoft Academic was used to pull a list of the top research institutions publishing or presenting research on quantum computing, so far in 2021. Obviously, it is just a snapshot in time. The list could change because of publication schedules, timing of conferences, search terms, etc. and could include other limitations.

Matt Swayne
Matt Swayne is a contributor at The Quantum Daily. He focuses on breaking news about quantum discoveries and quantum computing. Matt enjoys working on -- and with -- startups and is currently working on a media studies master's degree, specializing in science communication.

Subscribe to get the latest news, offers and special announcements.