TQD Exclusive: Rhys Lewis on the role of the UK’s National Physical Laboratory in the Quantum Tech ecosystem 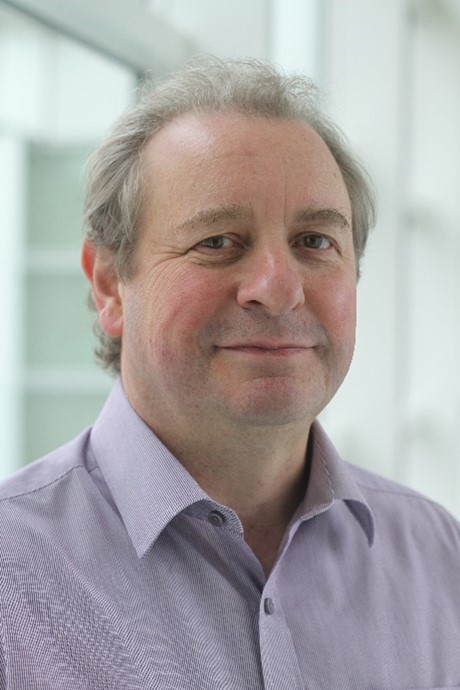 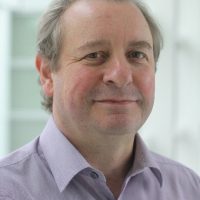 TQD Exclusive: Rhys Lewis on the role of the UK’s National Physical Laboratory in the Quantum Tech ecosystem

Lewis likes to point out that NPL has been developing quantum technologies since 1955, with the invention of the atomic clock. NPL is the UK’s National Metrology Institute, founded in 1900, which is supporting the UK National Quantum Initiative amongst its core role of developing and maintaining primary measurement standards for British industry.

NPL has 100 people working in quantum technologies which covers the development of the atomic clocks, as well as quantum communications, quantum sensing and quantum computing technologies. In this domain it provides expertise and facilities to help the industry test and develop the efficacy of various technological developments (Lewis cites the examples of a new compact atomic clock and the characterisation of new laser devices). As part of this they are working on developing test protocols / methods and the initial development of standards in quantum technologies. Another element where NPL operates is working with the UK’s Industrial Strategy Challenge Fund (ISCF). The ISCF provides matching funding for industry-led projects (see more info here) where NPL acts as a partner, typically providing testing capability to partner organizations. NPL acts as a partner on about a third of all such UK projects.

Whilst NPL covers the full gamut of quantum technologies, Lewis points out that quantum computing has been a growing area of focus of late, both in hardware and software benchmarking: “The UK programme is distinct because of the connected ecosystem and the way that academia, industry and government work together to build economic growth based on quantum technologies” NPL has therefore had a long-term view of the evolution of quantum technologies. “If you look back at NPL roadmaps from 2005, you will see that we anticipated quantum computers would be of major interest by 2020”, says Lewis.

Yet news at NPL has focussed on more near-term applications. In quantum communication, NPL is able to test the quantum components within secure communication systems. Using these techniques, last October BT and Toshiba demonstrated ultra-secure data transmission between the National Composites Centre (NCC) and the Centre for Modelling and Simulation (CFMS) in Bristol. “What made this special was that it was over standard Openreach fibre”, says Lewis.

In quantum sensing, there are two key areas where the national quantum programme is making interesting strides. One is magnetic field sensors that can pick up activity in the brain from a helmet arrangement, without the need for an MRI scanner. The other is the development of gravitational field sensors that use quantum techniques for measuring gravity. The first application will be for characterising brownfield sites where a user could do a field survey with a gravity sensor to see if there’s anything there.

We asked Lewis how he thinks the UK is placed in terms of the development of quantum technologies. “UK Government funding is really now supporting industry and NPL is playing a major role in facilitating bringing products to market” he says. He points to the rapid growth in attendance at the National Quantum Showcase where he has seen the number of organisations presenting at the QEII centre in Westminster ballooning over the last few years. 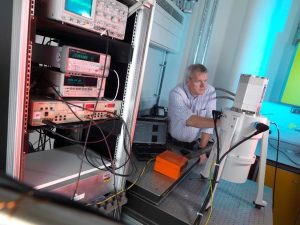 Recognizing the significant amount of buzz in the market around quantum computing, and accelerating investment, we were curious about Lewis’ take. According to The Quantum Insider, private investment in quantum technologies topped $700m in the first 3 months of 2021. “To develop technologies into practical devices requires a significant level of funding. It’s a gamble obviously. There will be successes. The field is open with regards to what hardware and technology becomes most popular…There are many players in the game and it’s a time for development”. Development is indeed NPL’s sweet spot: NPL is looking to partner with organizations to provide the expertise and facilities required for the development of the quantum ecosystem. Lewis wants the quantum community “to understand that NPL is here as a national laboratory. We are keen to support the growing UK economy in Quantum and have the facilities and schemes for engagement in that”.

You can find out more about NPL’s work in quantum technologies here. 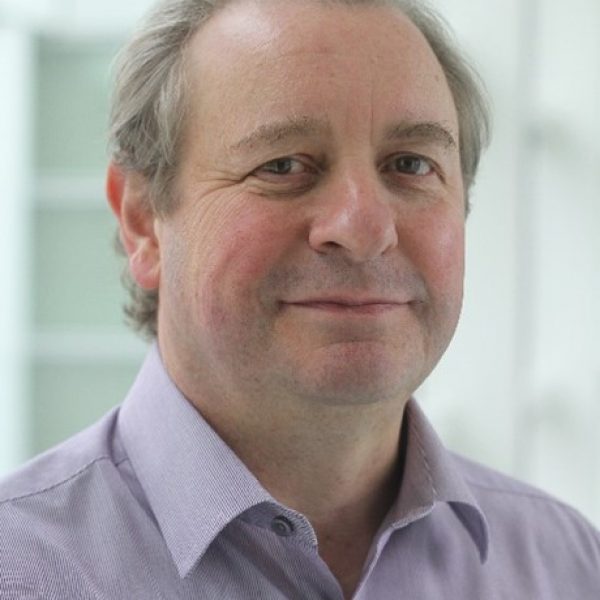