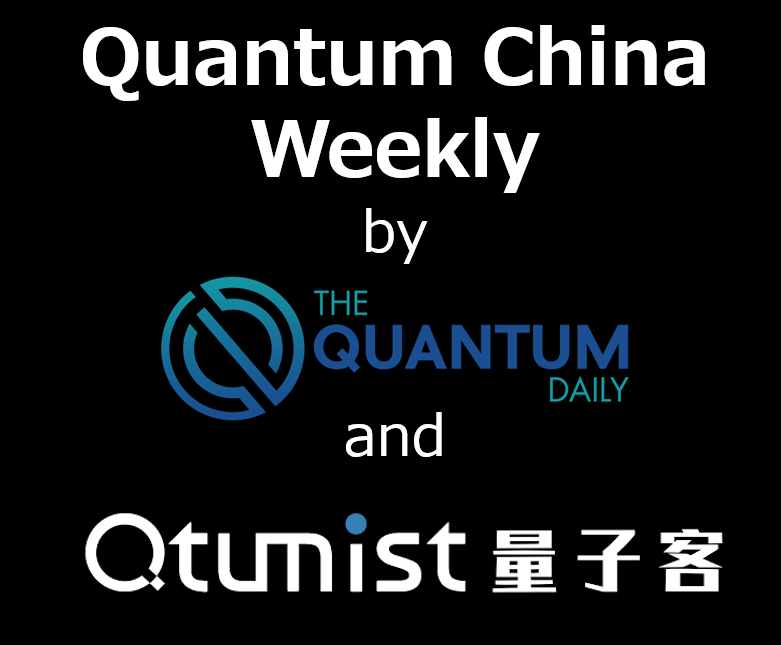 The Quantum Daily is pleased to announce our partnership with Qtumist to deliver the latest news and research coming out China’s Quantum Tech ecosystem. This is the first pilot edition so please let us know your thoughts at hello@thequantuminsider.com.

This week, in the commercial field, the first foreign offering of the “Origin Quantum”  quantum computer operating system took the first step towards cultivating the habit of using domestic quantum operating systems.

Guoyi Quantum with 6 new measurement and control products and solutions exhibiting, officially entered the electronic test and measurement industry. Guodun Quantum was selected as a member of the Beijing FinTech Industry Alliance and as a member of its Development Research Professional Committee.

The Netexplo Innovation Forum 2021 showcases 10 breakthrough digital innovations. Among them, China’s “Chapter 9”  was selected as the clearest and most powerful proof to date that quantum computing is superior to classical computing.

In the direction of education, the original Quantum Financial Innovation Track Class will open in Hefei from April  19-23.

At the same time, this week’s  main sessions include the “Quantum Computing and Data Security” sub-forum of the Artificial Intelligence Innovation Application Expo and a report by Professor Lu Chaoyang.

For the first time, the source team of Origin Quantum has made its quantum computer operating system available

On April 14,  CIQTEK took 6 new products and solutions to the 2021 Shanghai Electronics Show in  Munich, holding a new product launch, which means that Guoyi Quantum has officially entered the electronic test and measurement industry.

On April  14,  Quantum CTek was selected as a member of the Beijing Fintech Industry Alliance and as a member of its Professional Committee for Development Research. The alliance is led by Chinese Bank of China (PBOC) and is sponsored by China Financial  Computerization Corp Initiative launched, joint financial institutions, financial technology enterprises, Internet companies and other industrial units set up.

On April 10, to mark the 125th anniversary of its founding, Shanghai Jiaotong University (SJTU), in conjunction with Science, published 125 of the world’s most closely watched scientific issues in ajoint effort with Science American Association for the Advancement of Science to publish a supplement to”125 Scientific Questions – Exploration and Discovery.” Among the problems related to quantum computing are:

(1) What is the optimum hardware for quantum computers?

(2) Can we accurately simulate the macro- and microworld?

(3) Is there an upper limit to computer processing speed?

(4) Can topological quantum computing be realized?

The 2021 UNESCO Netexplo Forum was held online April  14-15,  and the Netexplo Innovation Forum 2021 showcased 10 breakthrough digital innovations. Among them, China’s “Chapter 9”  was selected as the clearest and most powerful proof to date that quantum computing is superior to classical computing.

The first Quantum Finance Innovation Track Class, co-sponsored by the Institute of International Finance of the University of Science and Technology of China and the China Construction Bank, will be held in Hefei from  April 19 to 23.  At that time, the track class will invite domestic authoritative quantum computing experts, quantum finance application research team and senior practitioners, for the financial industry to bring from algorithms to principles of the introduction to explain, quantum finance practical application cases and practical training courses.

The Quantum Computing and Data Security  Forum is about to open

The Artificial Intelligence Innovation Application Expo, hosted by the Chinese Industry Development Alliance (AIIA), will be held in Jinan from  April 19 to 20.  Among them, the Quantum Computing and Data Security  sub-forum will invite experts in quantum science and technology such as the China University of Science and Technology (USTC), Chinese Min University (RUC), CAS Quantumnet, QuantumCTek, etc. Discuss topics such as cutting-edge technology in quantum computing.