Professor Martinis, and his team at Google, were the first to demonstrate that quantum computers can outperform classical computers, known as “quantum supremacy”.

Professor Martinis’ decision to join SQC at this stage provides strong validation of the Company’s unique approach to building a quantum computer in silicon at the atomic scale, a technical capability pioneered by Professor Simmons in Australia.

“Professor Martinis’ decision to come and work in Australia for SQC further demonstrates the promise of the technical capability developed by Professor Simmons and the SQC team. It’s a reminder of UNSW’s world leading capability in quantum physics and atomic engineering”, said Ian Jacobs, VC UNSW. 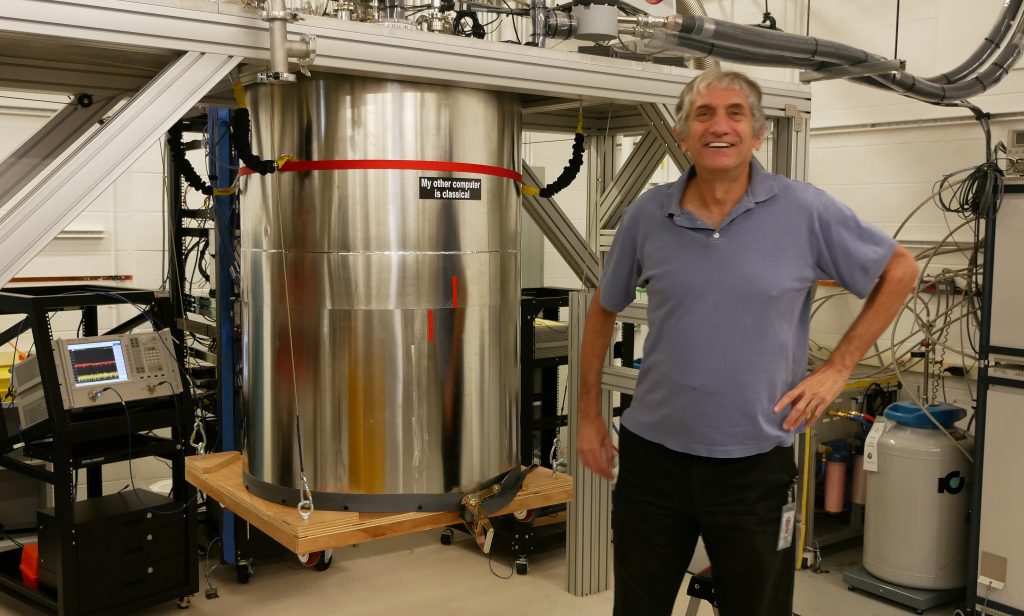 Over the past decade Professor Simmons and her team have delivered a series of impressive technical milestones, including their recent demonstration of the fastest two qubit gate in silicon, as they work towards the creation of a 10-qubit prototype quantum integrated processor by 2023.

”Professor Martinis’ track record of success and intense focus on building a commercially-useful quantum computer aligns with our goals at SQC,” says Professor Simmons, who is also an SQC Director. “We have developed atomically-precise fabrication techniques that are uniquely suited to building a quantum computer. SQC is focusing on scaling up its technology platform. This is exactly what John did at Google. So we are delighted that he has chosen SQC and Australia for his next move,” she adds.

“I’m hugely excited to join the team at SQC,” says Professor Martinis. “Building a quantum computer is my life-long ambition. If we can build one successfully at scale, it will be a transformational achievement with tremendous impact for humankind. I chose to come to SQC because of the promise of the unique approach in fabrication at the atomic level. No one else in the world can do what these guys are capable of.“

SQC are world leaders in atomic fabrication, with a strong intellectual property portfolio, making them the only commercial entity globally able to build a quantum computer harnessing this capability.

Silicon Quantum Computing Pty Limited is an Australian private company at the forefront of efforts to build a commercial-scale silicon-based quantum computer and bring QC to market.

SQC, at its labs at UNSW, has leveraged the intellectual property (IP) developed at the Centre of Excellence for Quantum Computation and Communications Technology and its own developed IP,  to build a quantum processor in silicon by assembling a world class team of quantum scientists, engineers and technicians, and acquiring specialist equipment and laboratory space. In addition to its core processor technology development program, SQC is executing a strategy to ensure it can manufacture prototype devices for commercial applications and is developing partnerships for quantum computing opportunities.

For more information visit www.sqc.com.au or follow on LinkedIn.

John Martinis pioneered research on superconducting quantum-bits as a graduate student at U.C. Berkeley. He has worked at CEA France, NIST Boulder, and UC Santa Barbara. In 2014 he was awarded the London Prize for low-temperature physics research on superconducting qubits. In 2019 Martinis and his team at Google published one of the most seminal papers in quantum computing entitled “Quantum supremacy using a programmable superconducting processor” in which his team demonstrated that quantum computers can outperform classical computers for a well-defined task. He is currently in Australia working with Michelle Simmons and her team at Silicon Quantum Computing.

Professor Michelle Simmons is the founder of Silicon Quantum Computing, Australia’s first quantum computing company and has developed unique technologies world-wide to build electronic devices in silicon at the atomic scale. She is also the Director of the Centre of Excellence for Quantum Computation and Communication Technology, at the University of New South Wales. She is internationally renowned for creating the field of atomic electronics and her team is leading the global race to develop a quantum computer in silicon. In 2018 she was named Australian of the Year for her contributions to quantum computing.

UNSW is one of the leading research-intensive universities in Australia with more than 6,000 staff and world class research infrastructure. It hosts the ARC Centre of Excellence that is world-leading in silicon-based quantum computing. UNSW’s Faculty of Science consists of nine schools with more than 400 staff and 700 researchers delivering world class research and innovation.