The Commercialization of Quantum Technology 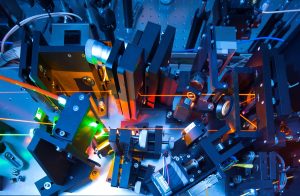 Quantum computers and technology are rapidly evolving in the technology lifecycle. We have seen a continued increase in basic research as well as applied research. It has been recognized as a ‘Deep Technology’ and is now one of over a dozen emerging technologies being treated as such. A ‘Deep Technology’ is defined as innovative and creative equipment that have the potential ability to significantly advance or disrupt current capabilities and, in some cases, have the ability to do things that cannot be done by current technology. Quantum computing and technology fits that description well! Now you know why quantum computers are attracting an unprecedented level of investment in attempts to move these technologies from basic and applied research and create/develop commercial products as well as services and bring them to market. We have also seen a fair amount of quantum technology companies funded by venture capital. In mid-April of this year, the Israeli headquartered venture capital firm, Entrée Capital, announced it had raised $100 million for a new fund. Its reported that the fund focuses on Deep Technology including quantum computing.

Up to this point, quantum technology has been commercializing very slowly. It has begun to accelerate and focus on the development of industry specific technology solutions that best to exploit the commercial potential of quantum computing and technology. So, what is the commercial potential? In April of this year, the management consulting firm, McKinsey & Company projected the global quantum computing market could reach $1 trillion by 2035. Now that is a huge market potential, you must admit.

While a few quantum computers have been commercially available and a few organizations purchased one or time on one, the commercial aspects of quantum computing are accelerating. We are about to see increased number of sales to organizations that are seeking to gain the unique and competitive advantage quantum computing provides and, in some cases, has demonstrated. That will begin to increase and create a robust level of sales competition in this early stage market. In fact, the increased competition was evidenced by Maria Bartiromo’s of Fox News May 17,2020 interview with President Trump. In that interview, she brought up the subject of quantum computing when they were discussing China – a major U.S. competitor. The general media beginning to cover the evolution of quantum computing and technology is a clear sign of growth in the commercialization stage of its evolution. During this stage, quantum computers have begun to demonstrate application advantages for customers and have begun to show real-world abilities to solve unique problems that could not be done before. Another management consulting firm has begun to develop their quantum technology commercial service offering/practice. One even specialized the offering to a specific customer segment. In February of this year (2020), Deloitte published an interesting document titled, “The realist’s guide to quantum technology and national security – What nontechnical government leaders can do today to be ready for tomorrow’s quantum world.” 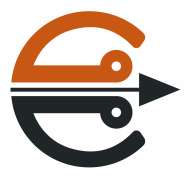 Kevin Colemanhttp://www.etens.org
Quantum technology continues to advance. They have become to mature and they have begun to create unique and innovative capabilities. Clearly this is one of the contributing factors that has projected quantum technology to experience a double-digit compound annual growth rate at least through 2025! That is a major driving force behind my Quantum technology webinar that has now been viewed by 3,600 professionals. They have rated the webinar as a 4.42 on a scale of 1 = low to 5 =being high.