Why Create a Quantum Computing Podcast? 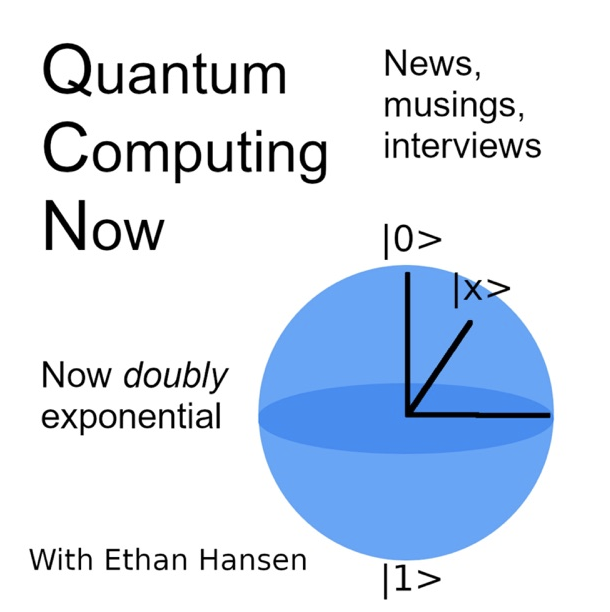 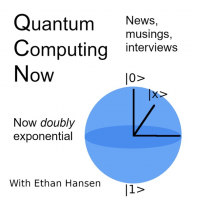 Why Create a Quantum Computing Podcast?

Well, when I say age-old I mean people have been asking me this for the past about 6 months now. I thought it would be a good idea to answer that question here in hopes that it can be beneficial to someone in the future. For those of you who don’t know, I’m Ethan Hansen and I’m the creator and host of Quantum Computing Now. You can listen to the most recent episode here:

You can also find all the full episodes right here on TQD.

So that’s what’s happening now. The next question is how did we get here?

I was recently scrolling through old pictures I had saved and I found a poorly taken ‘screenshot’ of my first ever quantum circuit, and I would like to share it with you. Ladies and Gentlemen I give you the groundbreaking, astounding, never before seen quantum circuit to end all quantum circuits:

If you know anything about quantum circuits you know that the fancy program I had constructed is essentially a random number generator, giving a random number between 0 and 3 (inclusive) with equal probability on each. If you don’t know anything about quantum circuits, this is me telling you that in order for me to run that circuit, teams of PhDs at IBM invested time, energy, and money (to the tune of millions of dollars) in order to make a precisely manufactured quantum computing chip using intricate engineering and physics principles, then take that same chip and use a dilution refrigerator and vast amounts of energy to cool it down to just a tenth of a degree above absolute zero so that the coherence times were long enough for me to put the qubits into superposition using Hadamard gates

This line of python accomplishes the same result:

“I can factor numbers WAAAAY faster than a classical computer!”
“Quantum supremacy has been reached!”
“I can find one card out of four with only one shot!”

And people jump to thinking that quantum computing can solve all of the problems everywhere and for all time. It’s can’t. Our qubit counts are too small to factor anything that a classical computer can’t in a fraction of the time, the quantum supremacy claim has been contested significantly, and that finding one card only works that fast with the special case of finding one out of four. Sorry to burst the bubble, but now you’re moving into the next phase of this quantum Dunning-Kruger Effect: learning a bit more and realizing quantum computers are honestly kinda terrible.

So where does this all leave us?

This glorious image of my first quantum circuit is from December of 2017, so I’ve obviously been interested in QC for a while. However, when I did that with quantum circuits and the IBM Q Experience it was really just a toy to me. At that point I though quantum computing was a cool idea, but I didn’t understand enough about it or the theory behind it to make it a really cool idea. That’s why I created a quantum computing podcast, to learn more about quantum computing myself and to teach others more about it as well. Why a podcast specifically instead of just text documents? Podcasting is a growing medium: according to the Pew Research Center, as of 2019 the proportion of people who had listened to a podcast passed 50%.

I had an internship at IBM the summer of 2019 and while there I had the opportunity to talk to real researchers in QC, ask them all of my dumb questions and learn so much more about the state of the field. It was incredible! However, not everyone gets to have an internship with IBM and gets to have that experience. By creating this resource for people, I can “help people to stay sane sane about QC” as a quantum computing software developer told me. Another way of saying this is that it helps people get to the last stage of the quantum Dunning-Kruger effect, being cautiously optimistic, which is another way of saying realistic.

So here’s the tl;dr: My goal with my podcast is to take people from the first stage of the quantum Dunning-Kruger Effect to the last stage as quickly as possible, in a convenient, popular format. I want people to get excited about the possibilities! I certainly am. But that last stage is the best place to be, akin to acceptance in the 5 stages of grief. When you understand enough about quantum computing, and when what you do understand isn’t all based on over-hyped fluff pieces, you can accept that quantum computers aren’t changing the world, but they will.

Ethan Hansen is the creator of Quantum Computing Now, an original podcast. In his podcast he talks about the basics, the news, and shares interviews with quantum computing professionals. When he isn't making a podcast episode he's probably studying, biking, or chatting with someone about science 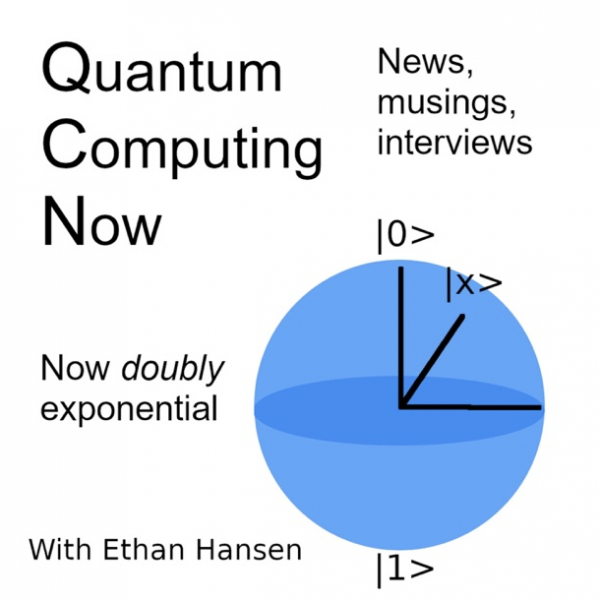