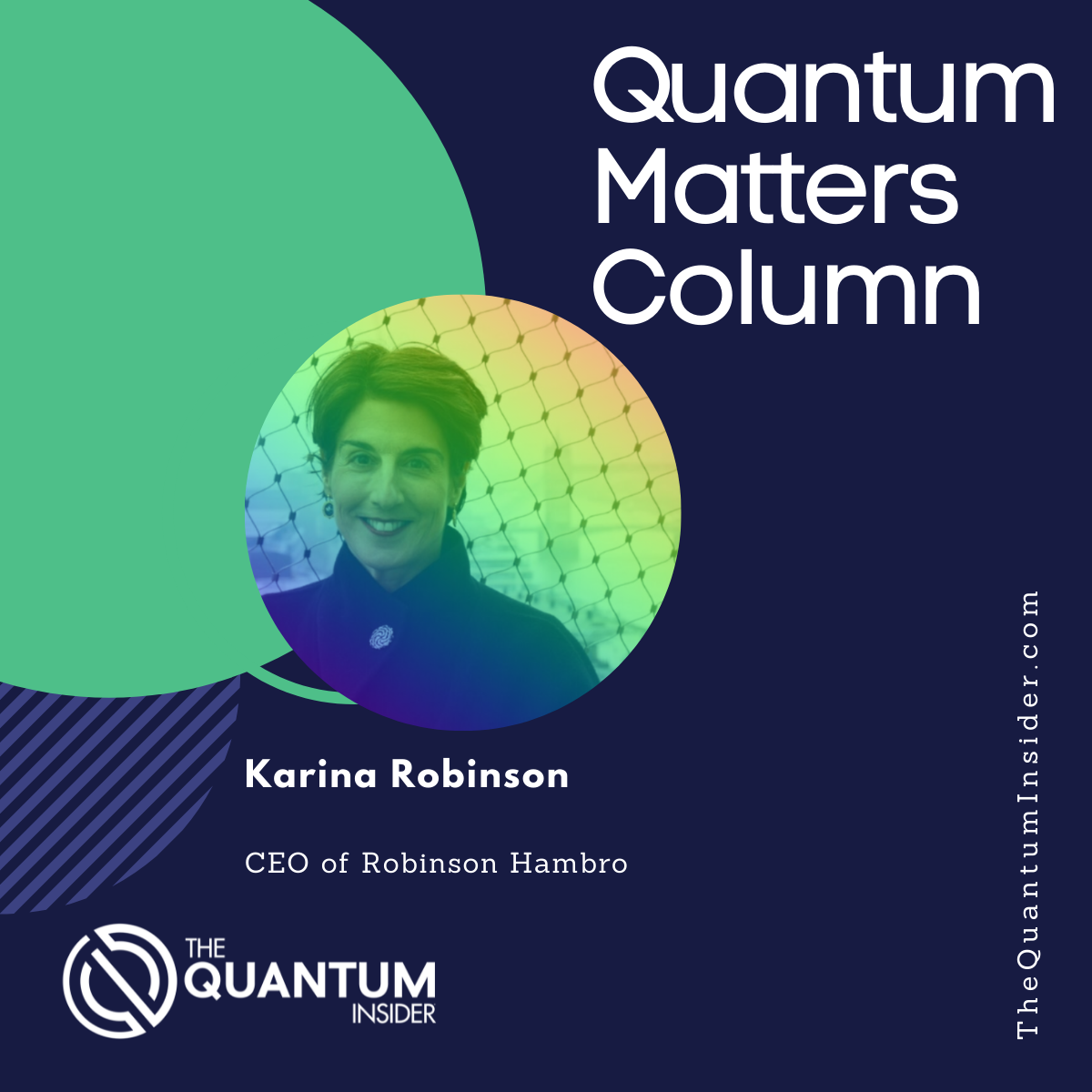 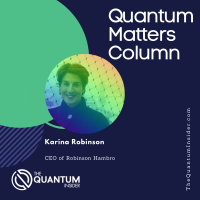 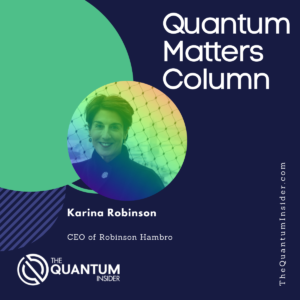 Carnage in the SPAC market got even worse when Goldman Sachs announced in mid-May its belated departure. There is no need to cry for a firm that made hefty fees from raising $16bn for Special Purpose Acquisition Companies in 2021, but for quantum firms that have SPAC’ed or hope to, a few tears should be shed.

Goldman blamed a new regulatory environment. The Securities and Exchange Commission in March put a stop to some of the excesses of vehicles designed to bypass onerous IPO commitments. Although the Wall Street firm insisted it was only “reducing its involvement,” the dire state of the markets amidst interest rate rises, possible stagflation and a war in Ukraine, points to serious scaling back.

For quantum firms, especially with expensive hardware to invest in, SPACs made a lot of sense as the step after Series A and Series B. It is not clear that this is still the case.

Soaring markets. In conjunction with the market for tech stocks in general, Deep Tech soared high. Valuations disassociated from reality, but were in tune with the music of the rally. Those times are over (till the next bubble!). The Nasdaq 2021 gains have all vanished. The S&P 500 recently flirted with bear territory, down in intra-day trading by over 20% from its high in early January.

Hype to end all hype. Controversial accounting, including pre-counting revenues, and a C-suite that bought its own hype were an issue. In a standard IPO, companies rarely offer financial projections because of the legal liabilities – not so in a SPAC process.

Business forecasts are, even for mature firms, a guesstimate; in the quantum space, ‘guess’ is a more accurate description than ‘estimate’ for revenues.

Some firms promised rather more than they could, or can, deliver. This April, the Wall Street Journal began a healthy process of holding quantum companies to account. First on the block was Arqit, with the headline: “British encryption start-up Arqit overstates its prospects, former staff and others say.” The shares fell.

Legendary hedge fund boss Dan Loeb signalled the alarm for the tech sector overall. He wrote in his latest investor letter this May: “It is difficult to call a bottom in the high-growth, high-valuation end of the tech sector, especially given that many of these companies relied on stock-based compensation and controversial accounting and reporting techniques.”

Regulatory. “The market got saturated with companies that shouldn’t go public anyway,” says one Deep Tech investment banker. As well as the regulatory changes announced in March, Securities and Exchange Commission Chair Gary Gensler is now warning firms against seeking a tie-up with a blank-check company as a less arduous path to going public. Heftier regulation is here to stay.

The advent of short sellers. Good short sellers add to market liquidity. Bad ones take advantage of market inefficiencies to make money out of reports which obfuscate, quote selectively, and wouldn’t stand up in a court of law.  Scorpion Capital – the name says it all –  wrote a long exposition on IonQ in early May and drove the price down 10%.

Short sellers are a reflection of the maturity of the SPAC market. The Wild West is being tamed by regulation and realism.

It is also relevant that quantum hardware firms, with vastly more funding needs, are the ones that have gone for a SPAC. Their future is awash with questions: can the particular science behind their hardware scale? Won’t the deep-pocketed firms like Google, AWS and Microsoft, all with burnished relationships with corporates from other business, blow them out of the water with their quantum computers?

But the SPAC nightmare does not look like bringing funding rounds based on venture and institutional funds down with it, say market participants.

“I don’t think what happened with SPACs is going to affect the ability of quantum firms to fundraise,” says one Deep Tech investor. She adds the proviso: “They need to set realistic expectations.” The frothy valuations of a bull market are no long available.

Investment bankers agree: “Private raises for Deep Tech are fine. We have not seen a slowdown in Series B. There is a lot of money out there and a scarcity of really good companies that need funding.”

Evidence of this is a breaking news story that Xanadu Quantum Technologies, a Canadian company that is one of the pioneers in the sector, is rumoured to be raising $100m from investors, giving it a valuation of $1bn.

“Private Deep Tech has some tail winds,” claims an investor. But he warns, “They should stay private as long as they can.”

Venture capital and other financial institutions are not the only sources of funds.

Qunnect was just awarded $1.85m from the US Department of Energy to support the commercialisation of its Quantum Repeater product suites for quantum secure communication protocols – the quantum internet. President Biden in early May signed two  decrees in support of quantum information science. Expect more such announcements from governments as the war in Ukraine focuses minds on secure communication and cybersecurity. Defence spending is on the up and some of those funds will undoubtedly head into the quantum ecosphere.

In terms of strategic partners, firms as diverse as Sanofi, BMW, JP Morgan, the central bank of Canada, and Bosch – among many others – are piling money into the industry to advance the science. Current global issues, such as supply chain problems, pandemics, inflation and the mainstream arrival of digital assets, are but an extra push for these companies as they seek to improve their bottom lines via enhanced drug discovery, scenario planning, logistics and a host of other applications benefitting from quantum science.

On the income side, despite economic uncertainty, growth in IT enterprise spending is proving robust. Gartner predicts $4.5 billion globally in 2022, a rise of 5.4% compared to a year earlier. It is unlikely to fall and will support further advances in quantum, not least due to its accessibility via the Cloud.

Quantum in its varied forms is going to change the world. A dose of realism may lead to delays for some firms. But SPAC upheavals are not going to stop the charge.

Karina Robinson is a columnist for TQI, Founder of The City Quantum Summit (hyperlink) and a Senior Advisor to Multiverse Computing (hyperlink). All data from The Quantum Insider. Opinions are her own. 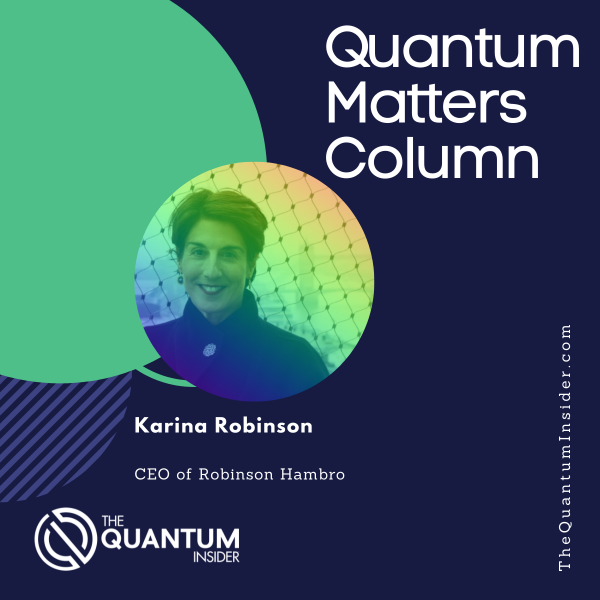