Quantum Computing as a Service Market Sizing – How We Did It 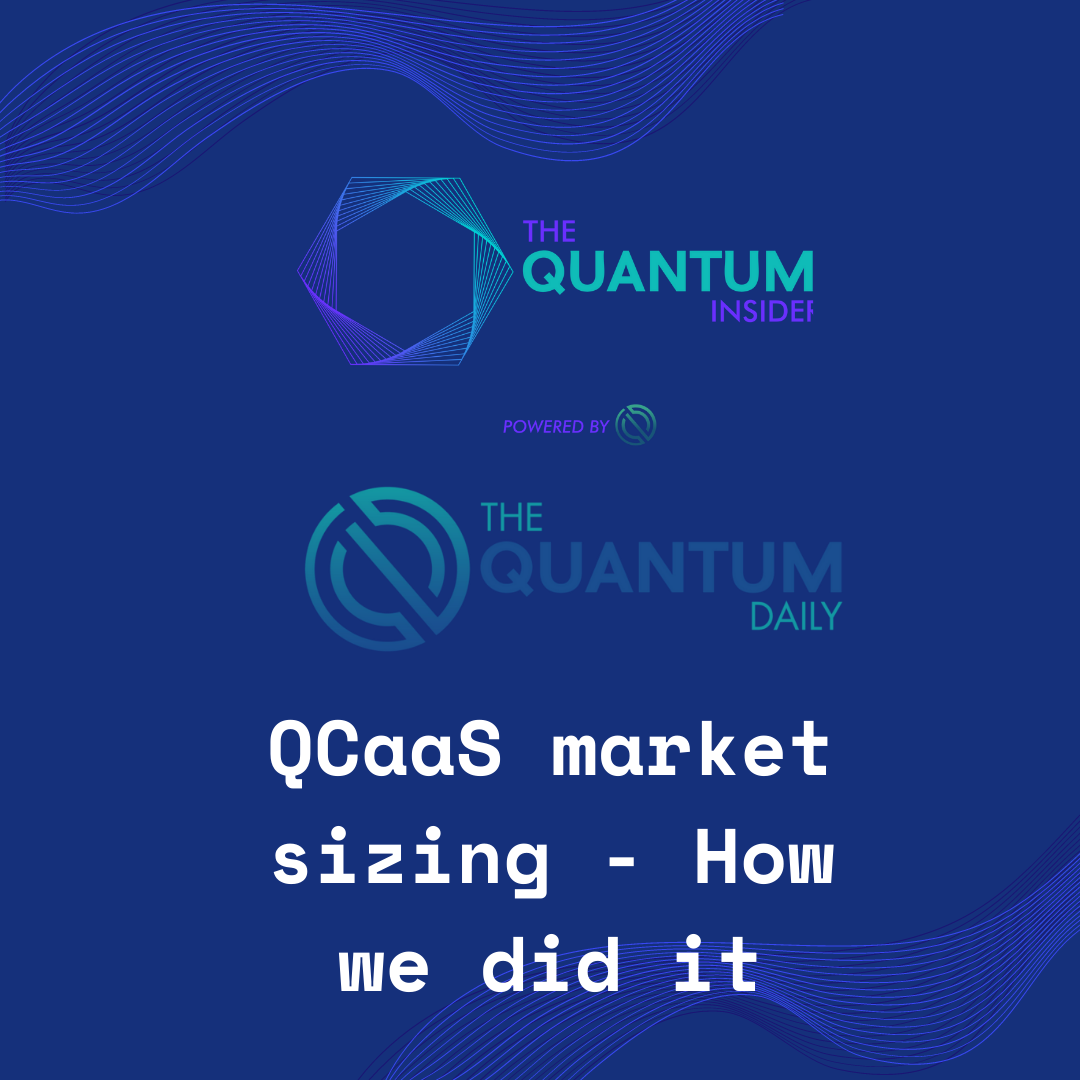 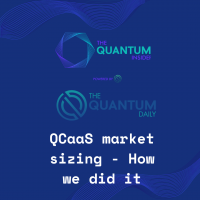 Quantum Computing as a Service Market Sizing – How We Did It

This article provides more detail on the report referenced in the market sizing announcement published here.

In a recent survey, it was revealed that 80% of quantum technology stakeholders think that their resources to understand market sizing are simply not good enough.

This frankly didn’t surprise us. We wrote before about how most of the resources we have seen in the market completely miss the target. So, we decided to do it ourselves.

The first thing that’s important to bottom out is what a market sizing really is. There are several resources available but – in short – let it suffice to say that the current Total Addressable Market (TAM) of a given sector (e.g. Quantum Computing) is equal to the total revenue of all companies in a given sector. As the Quantum Computing TAM could easily result in double counting (a) companies funded to build and operate a quantum computer and (b) their respective component suppliers we decided to approach it by focussing on the Quantum Computing-as-a-Service (QCaaS) Market.

Quantum Technology markets are challenging to size given that most companies are yet to make material revenue today. Many companies are fuelled by government grants or venture funding and their primary focus is (rightly) on developing novel technologies, not commercialisation. When we talk about market sizes in nascent markets, we are more interested in their future potential, which requires assumptions and predictions.

Nonetheless, we are starting to see the emergence of pricing for access to quantum computers in the cloud – Quantum-Computing-as-a-Service (QCaaS). This allows us to have a go at understanding what the market size for QCaaS could look like by making some reasonable assumptions on the number of quantum computers available for cloud usage and their utilization rates. It’s not perfect – but it gives us some fact-based anchor to structure our work.

The total spend on QCaaS is driven by:

(i) Total cloud compute in hours • (ii) the average price of these hours. 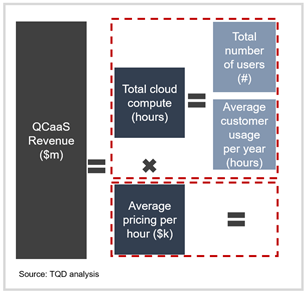 Our market sizing forecasts a $1bn QCaaS market by 2023, $4bn by 2025 and $26bn by 2030. As with any forecasts of this nature, small changes in assumptions can drive big changes in the above conclusions.

This analysis makes several assumptions to drive to a hypothesis on the potential evolution of the size of the market:

We recognize there is a significant degree of concern around the veracity of roadmaps put out by quantum company companies. Nonetheless, whilst companies are unlikely to stick to their precise targets, most approaches point to a rapid scale-up in the number of physical qubits. It should be noted that there are non-trivial engineering challenges to overcome over the coming years for this to be achieved but we see significant focus and capital flows into the space to support this becoming a reality.

Let us be clear. Companies are not ubiquitously finding that quantum computing allows them to discover accelerated or improved solutions to real world problems today. Nonetheless, our data shows over 200 corporates starting to experiment with ways quantum computing could provide future advantage for their problem sets. The next couple of years represent an experimental phase for end-users.

We believe the analysis of the value attributed for an end-customer is very difficult to estimate at the moment. Whilst we are starting to see interesting potential application areas for quantum computing, the suite of algorithms are still in development and we haven’t been able to trial much of the research on useful hardware.

Nonetheless, we believe it is not unreasonable to suggest that at market maturity the application layer will represent an incremental addressable market at least in line with that of QCaaS, so in 2030 we believe the market size for the software / application layer + QCaaS could total more than $50bn.

It’s not rocket science – or quantum science – to build a market model: apply some growth assumptions and derive a forecast market size – there is a whole industry dedicated to this work to give investors, entrepreneurs, and consultants “hard numbers” to put in their pitch decks and presentations.

We made sure that we stress tested our analysis to ensure that our implied market size aligned with the various QPU provider roadmaps, revenue projections (where available) and logical guiderails (e.g. number of addressable corporate customers in the market).

We also made sure that we compared our analysis to some of the better reports out there. For example, Hyperion’s study  – which was based on a survey done in conjunction with QED-C members – estimated the entire Quantum Computing market could be worth ~$830m by 2024. We believe this could be a very reasonable conservative scenario and is in line with a downside case developed by our team, where the roll-out of quantum computing applications is slower than we have forecast. BCG’s recent report points to a market of $90-$170bn at market maturity for quantum computing providers ($450-850 billion of operating income for end users). This is in line with our assumption that the software / application layer + QCaaS market should be >$50bn by 2030.

Have your say and find out more

This brief article provides only an overview of the work we have completed on the market. If you have questions, comments, or would like to purchase our full report based on a detailed bottom-up assessment and mapping of the quantum computing market you can contact us at hello@thequantuminsider.com. 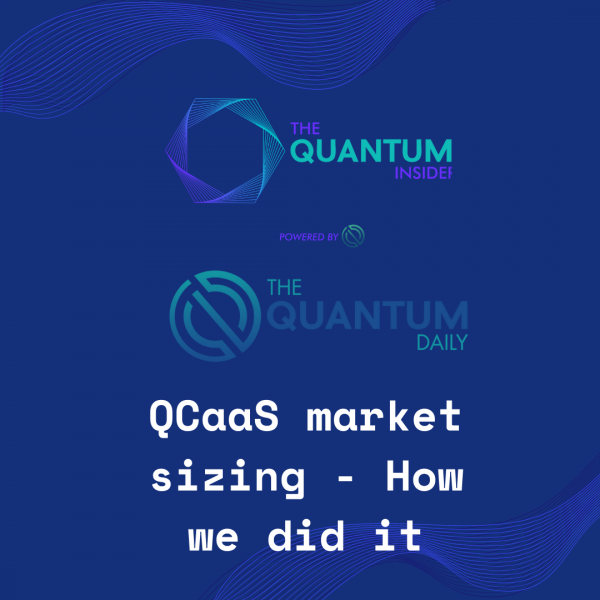