TQD Exclusive: UKRI is on a Mission to Create a Leading UK Based Quantum Ecosystem 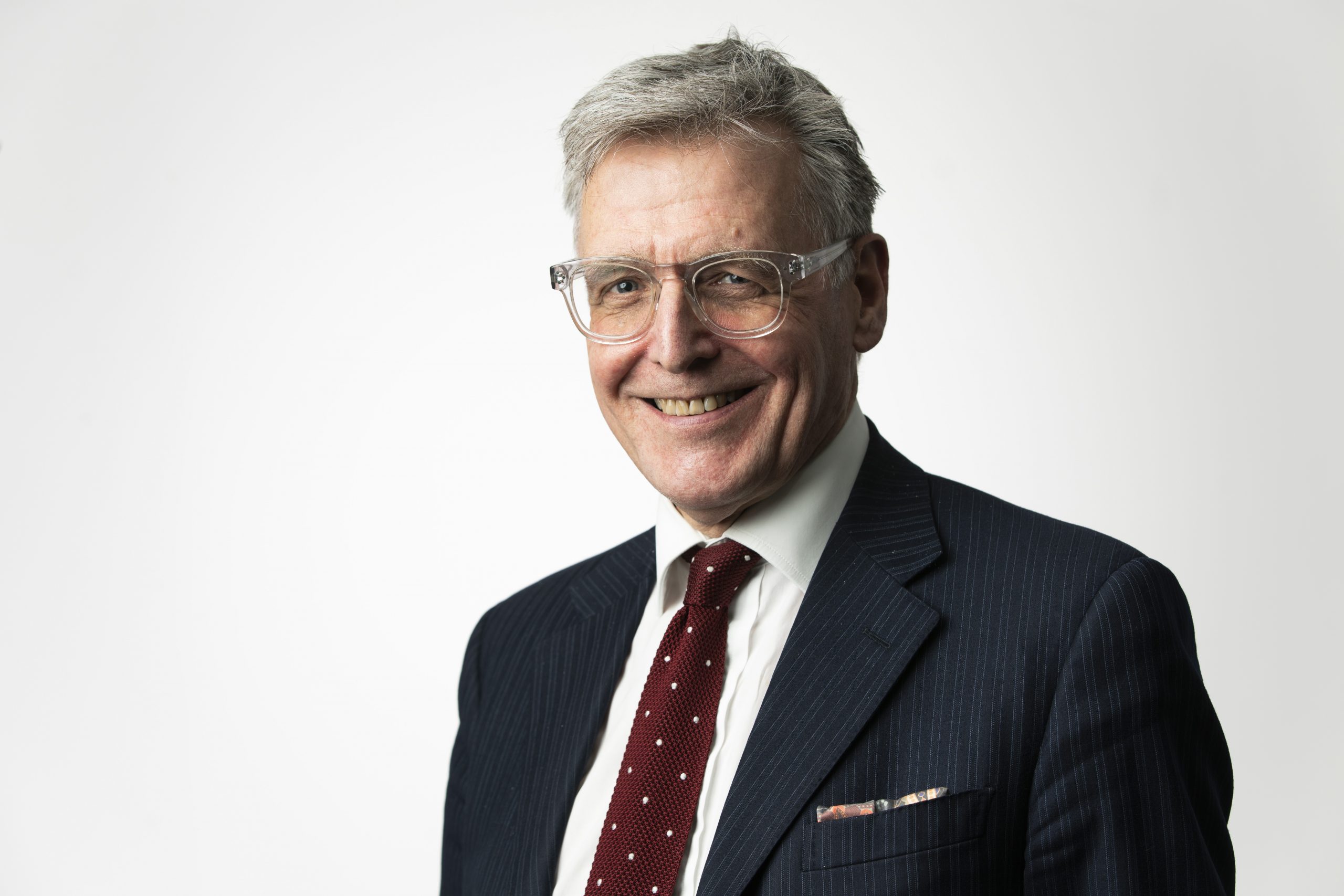 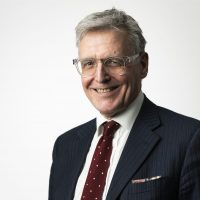 TQD Exclusive: UKRI is on a Mission to Create a Leading UK Based Quantum Ecosystem

TQD spoke to Roger McKinlay (Challenge Director for Commercialising Quantum Technologies) and his deputy, Chris Jones, at UK Research and Innovation (UKRI), a non-departmental public body sponsored by the Department for Business, Energy and Industrial Strategy (BEIS) and home of the Research Councils and Innovate UK.  A game-changer for UKRI was the creation of the Industrial Strategy Challenge Fund (ISCF), a fund of £2.6 billion (backed by £3 billion from the private sector) to invest in “challenges”, programmes designed to deliver targeted economic and societal impact in areas ranging from the future of mobility to a healthy ageing society. The Commercialising Quantum Technologies Challenge was launched as a Pioneer Challenge in 2018 with £20M of funding followed rapidly by a further wave of £153M (matched with £205M from industry) announced in July 2019 at London Tech week.  The challenge is a significant building block of the UK National Quantum Technology Programme which is on track to deliver £1B of funded projects over its 10-year lifetime.

Roger McKinlay wants to establish a UK quantum ecosystem, not just fund the development of products or services. He became Challenge Director in September 2018 just as the four Pioneer projects were being launched (and there are now over 40 projects underway).  Having spent most of his career in industry, he was drawn into quantum technologies during his tenure as President of the Royal Institute of Navigation when he saw how quantum sensing devices able to detect magnetism and gravity showed significant promise. Indeed, one of the Pioneer projects is using a quantum gravimeter to detect the forgotten buried services and hazards which can cost construction projects such as HS2 millions.  The project is being delivered by a consortium of companies and research organisations, and is being led by RSK, an environmental, engineering and technical services business.  The challenge funding covers a broad application space for quantum technologies which includes communications, security, imaging and sensing as well as – as one would expect – quantum computing, which accounts for about one third of the funding allocated to date (though 80% of the technologies have relevant for quantum computing).

Indeed, it is quantum computers that have really captured the public imagination. Quantum computers exploit quantum mechanics, the “laws” which govern the behaviour of particles at the sub-atomic level.  Exploiting the powerful but fiendishly difficult to control quantum principles of superposition and entanglement, quantum computers aren’t limited to the two 0 and 1 states of digital computers.  Instead, they encode information as quantum bits, or qubits, which can be configured as a 1, a 0, or a combination of the two.  Such computers are termed “exponential” as a computer of N qubits has the equivalent processing power of a digital machine with 2^N bits.  Quantum computers have the potential of being millions of times more powerful than the supercomputers we have today. The UK already has many quantum companies developing both hardware and software.  Examples include Oxford Quantum Circuits (developing superconducting qubits), Quantum Motion Technologies (developing silicon based qubits) and Rahko developing software.  Data from The Quantum Insider shows that $200 million of private funding has been invested in UK quantum companies, with Cambridge Quantum Computing being valued at ~$450m following its latest round of financing.

UKRI is an important supporter of this growing ecosystem. Chris Jones, Deputy Challenge Director explained that the ISCF provides grant funding to projects, and grantees must be able to match the grant with private funds.  In the case of large companies, the match is 50:50 but is more generous for smaller start-ups.  One of the projects funded is led by Riverlane which is developing an operating system for quantum computers. Riverlane recently raised $20 million in a Series A funding round less than two years after the project was launched.

Yet, despite the significant activity going on in the UK, the amounts are dwarfed by the quantum funding initiatives announced globally, estimated to be greater than $20 billion, with China reportedly accounting for nearly half of this number. So we asked McKinlay and Jones how the UK can punch above its weight. McKinlay flags that big announcements can be deceptive and one has to consider the rate at which projects are being funded.  The UK has been investing £100m per annum in a programme launched in 2014, a feat few countries can match. In addition, the ISCF has focussed on building a sustainable quantum ecosystem from the ground up. Projects are led by companies, not universities, thus ensuring high levels of collaboration and the creation of new products and services rather than research outcomes. Jones points to a new industry leading a community of innovators in the UK, underpinned by a network of outstanding universities with global influence. Quantum specialists are seeing the UK as an attractive place to research and do business.  “We don’t just want a quantum computer – we want a quantum computing industry” says McKinlay.

However, McKinlay recognises that the promise of large funding rounds in the US represents a risk. Earlier this month, IonQ (developing trapped ion-based quantum computers) gained access to over $600 million of cash through its acquisition by a Special Purpose Acquisition Company (SPAC), representing the largest quantum technology deal to date. PsiQuantum (developing photonics-based quantum computers), founded by Jeremy O’Brien whilst at the University of Bristol but now headquartered in San Francisco’s Bay Area, raised $215m in its latest round. “What’s important is not just where the money comes from but where people want to live and work, because that is where the benefit to the economy lies.  We want talented people to stay in the UK”, says McKinlay. “It is important for the UK to foster and maintain top talent, he argues. “Government has a part to play – it cannot be left to market forces alone”.

Why having a national quantum industry matters

Besides adding skills and jobs, a strong quantum technology industry is seen as important from a national perspective. “Having a degree of national sovereignty is really front of mind for many”, says McKinlay, though noting that the ISCF work is not exclusively focussed on security applications.  There will be a need for government investment in sensitive applications.  To ensure the UK has a national capability the government is investing in a National Quantum Computing Centre. The centre, to be built on the Harwell Campus in Oxfordshire, will conduct research in both hardware and software and will work closely with industry and universities.

The step-change in performance Quantum Technologies could bring has caused many governments to invest for reasons of national capability, security and technology access.  Governments and large corporations will be reluctant to access quantum computing on The Cloud.  Furthermore, the technology is so new, some fundamental knowledge will be needed to procure services, let alone develop applications.  Having a home-grown ecosystem with a workforce fluent in the use of quantum technologies will be important.

The future of Quantum Technologies in the UK

McKinlay hopes that in 10 years’ time the UK will have achieved significant scale in quantum technologies, the evidence being in the existence of many high-quality jobs, across industry and academia.  Manufacturing will be important, and components will be as important as integrated systems.  “For example, we would love a company to decide to make all its single photon detectors in the UK”, he adds. Both he and Jones are confident the market will move rapidly: “The technology is fundamentally life-changing – exactly how we deploy quantum technologies is hard to predict. Over the long term there’s plenty of scope for this enabling technology to bring about huge architectural changes in how we transport, secure, store and process information,” says Jones. In an environment where some of the big, listed, US-based technology companies such as Amazon and Microsoft are building strongholds in quantum technologies, understanding the opportunities for UK’s businesses is important. McKinlay is confident that they will not just be subsumed by the existing tech behemoths: “The business landscape will change with the technology.  The real risk is that we underestimate the scale of changes.  Think of a generational change.  Things that we see as immovable such as the structure of the internet could totally shift”. The government, through the Quantum Challenge in UKRI, is not just funding projects and technologies but funding an ecosystem of new businesses, built on the foundation of our outstanding universities and existing industrial strengths, that is agile and can grow as new markets expand.  “Ultimately the quantum prize will go to players with not only the financial muscle but also the intellectual elasticity and with a real desire to turn science into business”. 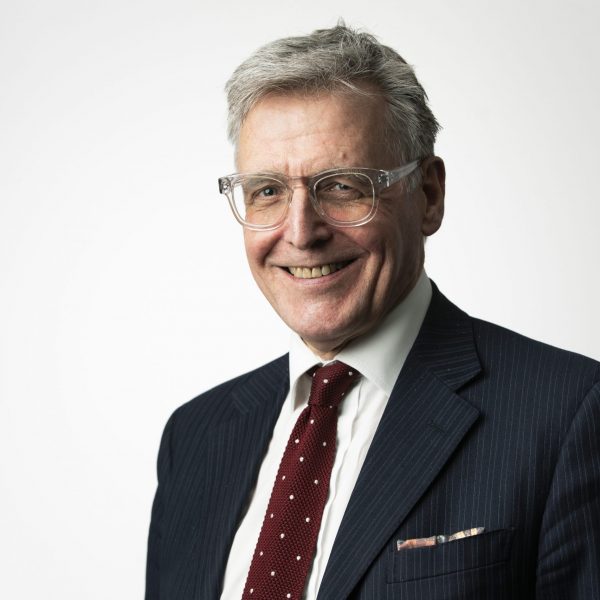