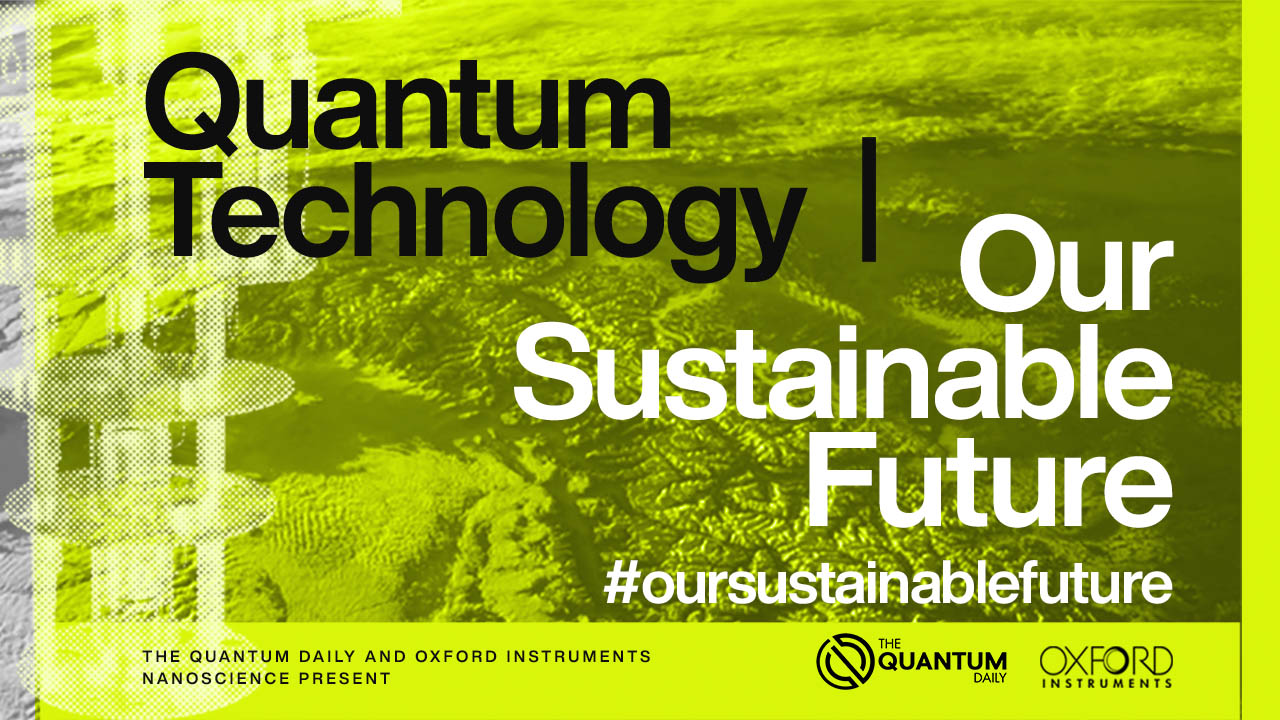 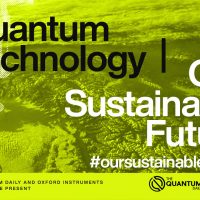 LONDON – July 29, 2021 – A new documentary – Quantum Technology | Our Sustainable Future from The Quantum Daily, developed in partnership with Oxford Instruments Nanoscience – was released today with a call from industry experts to leverage the power of quantum computing in addressing the world’s urgent sustainability challenges.

The global premiere of Quantum Technology | Our Sustainable Future is available for viewing now on YouTube here.

The documentary features insights from leading quantum computing experts and tech giants such as Google, IBM and Intel, as well as start-ups such as SeeQC and PsiQuantum regarding how quantum technologies could help address key sustainability issues, including:

Quantum computers use quantum phenomena such as superposition and entanglement to perform computations that can vastly outperform classical computers at certain tasks. The tasks quantum computers can do may lead to solutions for humankind’s most pressing challenges. Nonetheless, there continues to be significant obstacles to overcome before these machines are powerful enough to meet their expected potential.

“We have one planet, and these conversations must happen now,” said Stuart Woods, Managing Director of Oxford Instruments NanoScience, a leading provider of high technology material science tools and systems for research and industry. “The broad participation of industry thought leaders in this film shows the support and the importance of prioritizing sustainability in quantum technologies.”

The documentary features an array of leading voices in quantum computing, including:

“I think it’s a sign of the times that, despite the broad range of potential applications for quantum computing, so many groups are specifically focused on climate change,” said Pete Shadbolt, Chief Strategy Officer at PsiQuantum. “It’s inspiring to see the business community prioritize climate applications and acknowledge the gravity of the climate situation we are now in.”

Tamar Eilam, Israeli-American scientist and IBM Fellow, said, “The responsible, ethical use of technology, such as quantum tech, will serve as an important tool for scientists, policymakers and citizens working for a cleaner, more sustainable world. Technology plays a dual role in combating climate change. We simply have no chance to win without technology. However, technology, and in particular AI and quantum, can be associated with a high carbon footprint cost. We must use technology responsibly.”

“The timing of quantum’s emergence to tackle climate change is propitious,” said Richard Murray, CEO of Orca Computing. “Climate change is a global challenge that will shape our lives over the next 10-50 years. While some of the answers to the climate catastrophe will come through behavioural changes, I’m of the belief that the biggest gains are to be had from technology. Quantum computing offers the chance for numerous breakthroughs that will allow us to continue our day-to-day lives in harmony with the planet and its resources. It creates ideas that can bring about new materials and products, while reducing the exorbitant hidden energy-cost of modern-day high-performance computing.”

“We recognize the centrality of sustainability in the development of quantum systems, both from an energy efficiency perspective as well as with the applications that quantum computers will address in areas such as climate modeling, material science and energy,” said John Levy, CEO of SeeQC. “We are pleased to participate on this important documentary with our colleagues in the quantum space to highlight our collective work on a global scale.”

By focusing on one of the key issues brought up during discussions about quantum ethics, the documentary seeks to expand on The Quantum Daily’s first documentary-short – Quantum Ethics | A Call to Action that was aimed at raising awareness and generating discussion about the ethical decisions that face society in the quantum era.

“Our team is driving important conversations in the global quantum technology industry, ranging from ethics to commercialization,” said Alex Challans, CEO of The Quantum Daily. “The documentary highlights that the environment and sustainability are important issues for the industry’s leading pioneers as they look to build out their roadmaps, and that these new technologies are seen as a potential force for positive change.”

More information about the documentary project can be found at The Quantum Daily or contact hello@thequantuminsider.com.

About The Quantum Daily

The Quantum Daily is the leading resource dedicated to making Quantum Technology accessible through news, information, media and data. It has pioneered original content creation covering topics ranging from commercialization to ethics. Through its subsidiaries, The Quantum Insider and the Deep Tech Insider, it provides industry leading intelligence and consulting for its customers across industry, academia and the public sector.

Oxford Instruments NanoScience designs, supplies and supports market-leading research tools that enable quantum technologies, new materials and device development in the physical sciences. Its tools support research down to the atomic scale through creation of high performance, cryogen-free low temperature and magnetic environments, based upon our core technologies in low and ultra-low temperatures, high magnetic fields and system integration, with ever-increasing levels of experimental and measurement readiness. Oxford Instruments NanoScience is a part of the Oxford Instruments plc group. 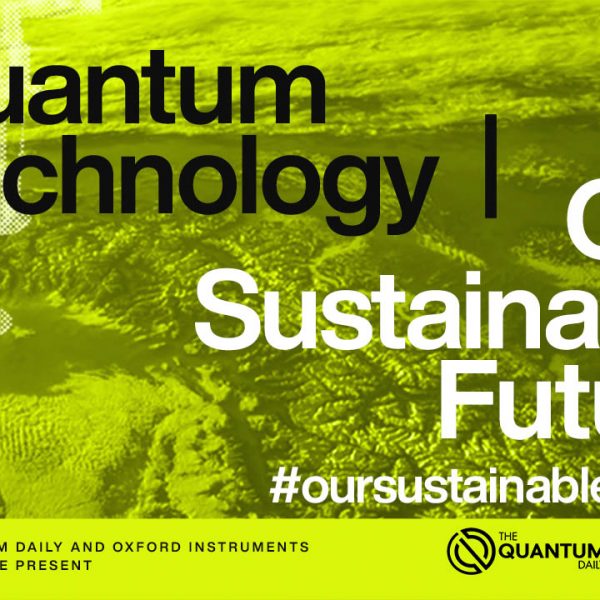